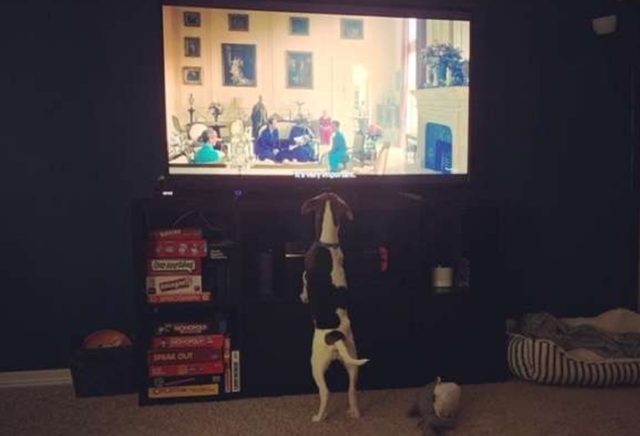 Luna is a rescue dog who loves cuddling up with her mom and dad. She’s a certified couch potato and spends most of her time watching movies. “We never had a dog watch TV like she does”, said Alexa Moore, her mom.

“This dog gets emotional when she’s watching a movie!”, Alexa continued.

Anytime Alexa turns the TV on, Luna’s attention will automatically be unto it. She eagerly watches every movie that’s playing. But if she has a favorite, it’s “The Lion King.” 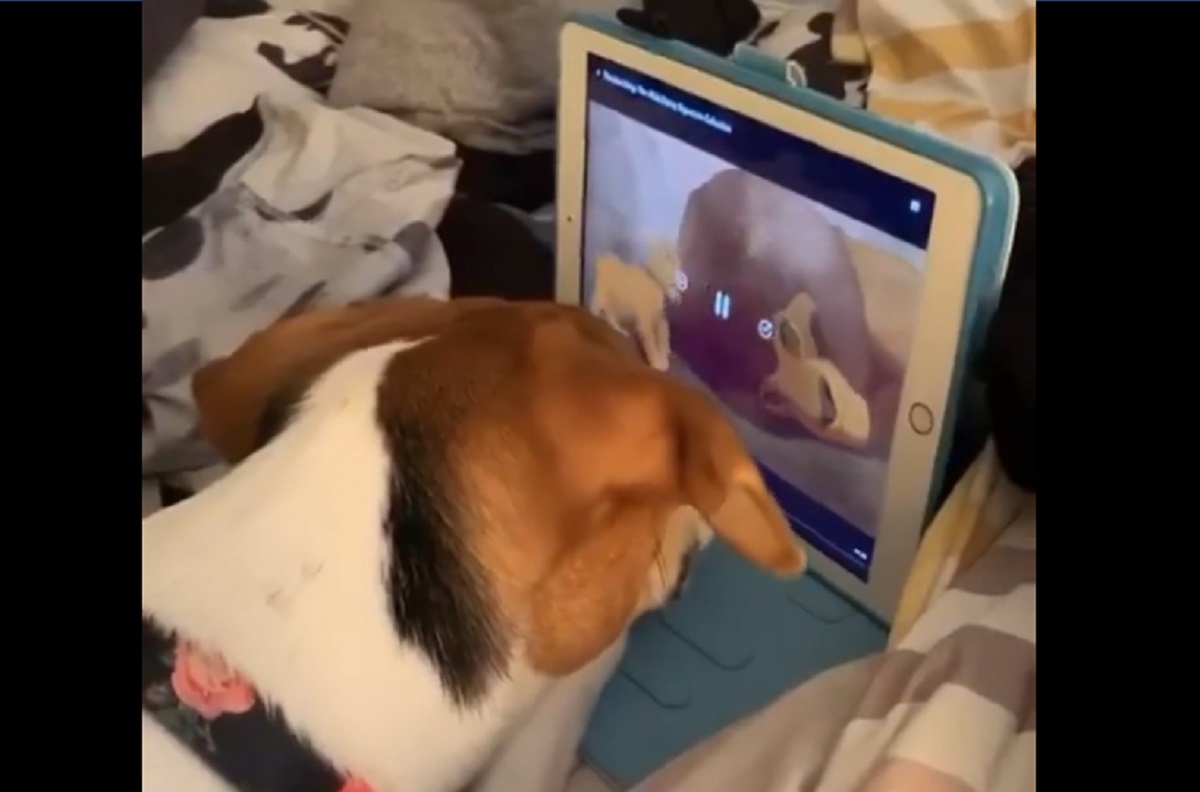 Luna’s zest for the animated movie started when she began seeing its preview. During the commercial, Alexa noticed that the nine-month-old pup acts a little peculiar when a teaser of “The Lion King” comes on.

And so, she opened up Disney+’s application and played it.

Immediately, Luna paid so much interest to the movie. Her full focus was set on the tablet as the film played. And just as how it did with other viewers, the movie captivated Luna’s heart, too.

The sweet dog lay silently on the bed as she waits for the next scene to unfold. But as soon as she realized that her on-screen friends were in pain, she felt distressed. 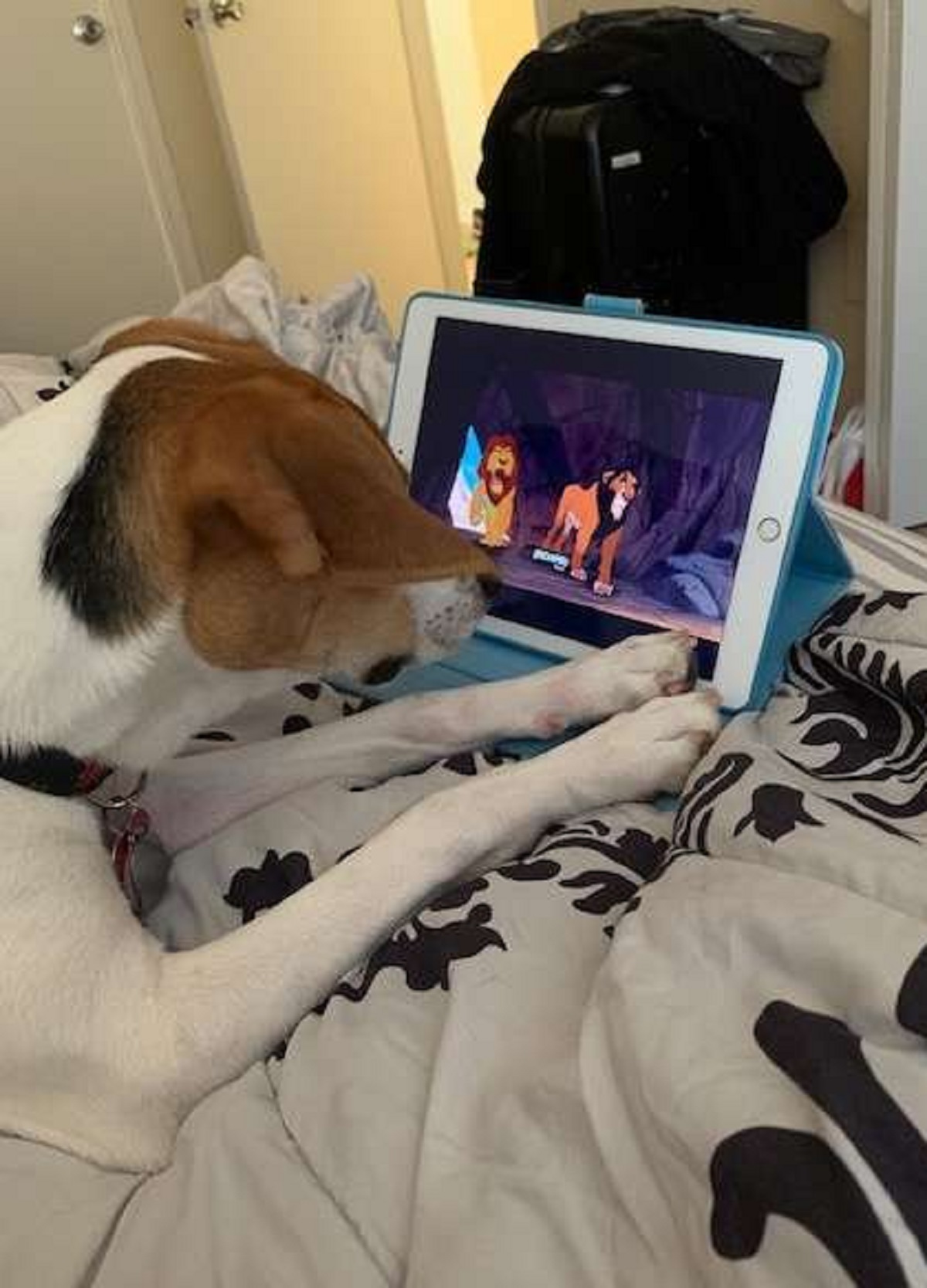 Dog Gets Emotional And Mourns With Simba

Luna is an empathetic pup. She’s happy when her family is. So when Simba discovered that Mufasa, his dad, got caught in a stampede, Luna felt the cub’s pain as if it were hers.

“She has the cutest and the sweetest reaction”, said Alexa. She followed Simba on-screen. And her ears moved as he tried to wake his dad up.

Luna mourned with Simba. She pushed her face onto the screen and pawed him. She seemed to understand how he felt, so she tried comforting him. 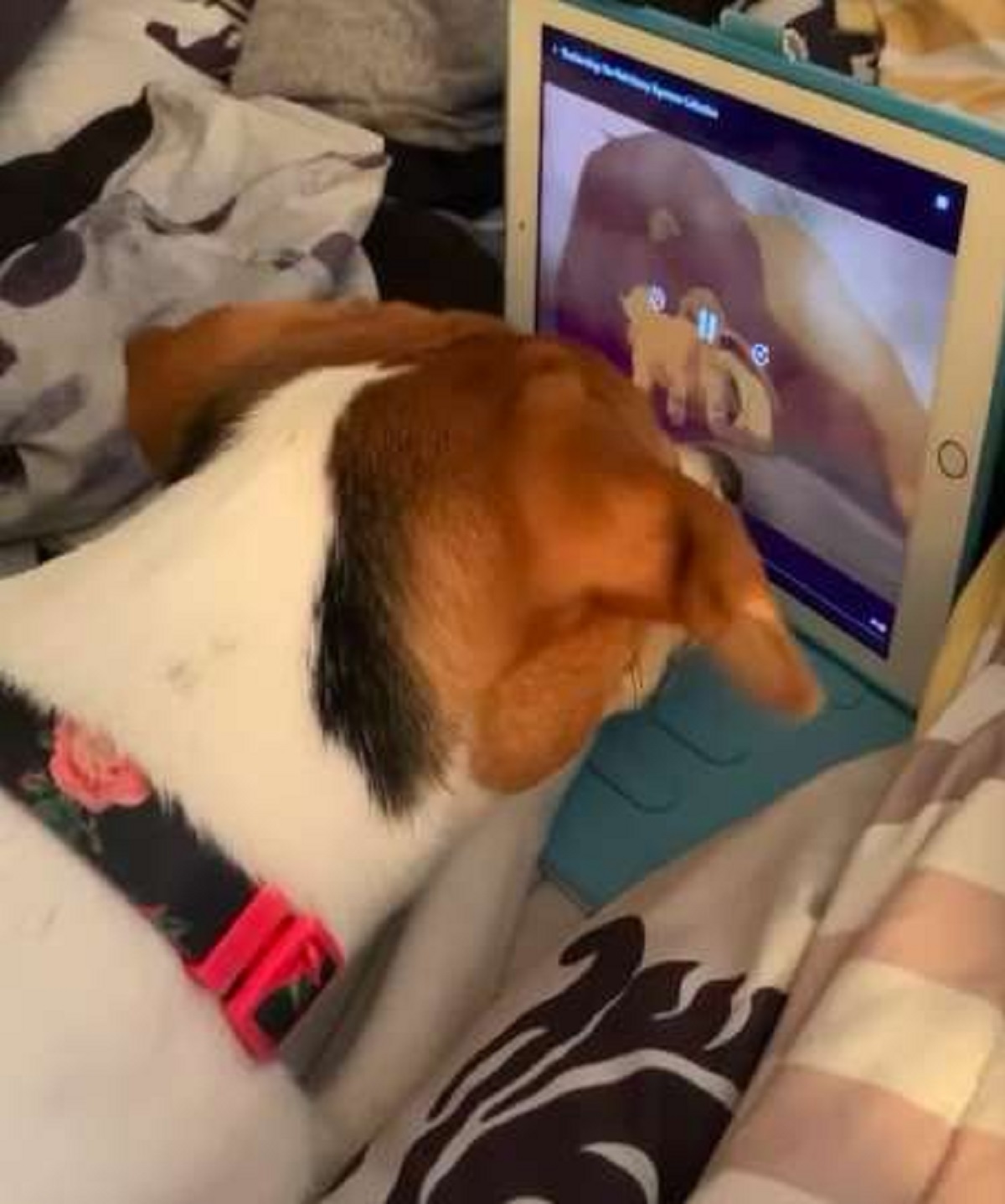 Animals Can Understand Feelings And Emotions

Luna’s reaction is incredible and amazing. It only proves that even animals can understand feelings and emotions. They feel empathy, and they react in ways that would comfort others.

After the movie ended, Alexa snuggled up with Luna. She gave her lots of TLC, just as the pup would do whenever she’s feeling down.

And while the movie left her a little emotional, there’s no reason for her to watch the next film, particularly if “101 Dalmatians” is in the queue.

Petri is a 3-month-old puppy, found in the mountains near Athens, Greece. Find out what happened to him

This mailman gets an unexpected find on the side of the road. Take a peek here to see what he finds

Everybody loves a good quote. And people that love dogs love a great dog quote! Here we've compiled 33 of our favorite dog quotes. Some...

Woman Decides To Make Her Farm Into A Dog Park Where...