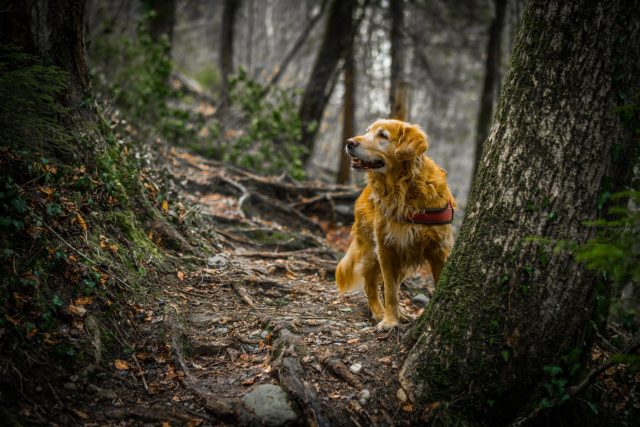 We always witness true stories about dogs saving humans from apparent danger. They are not only offering company but also establishing love and care for the people around them.

Indeed, dogs are considered as man’s most loyal friend. This caring personality of dogs extends to animals of another kind, even those creatures they hunt and eat.

Kenai, who is a Golden Retriever aged three years old, while out strolling with her master, sighted an injured eagle and started woofing insistently. The wounded bald eagle was resting on a small branch of a shrub near a stream.

The eagle leaped away, scared. So, Kenai and her master came back the following day to fulfill the rescue operation. When they arrived, they traced the eagle’s prints that had left several marks in the ice.

Kenai was able to successfully locate the poor bird, and with the assistance of the Department of Natural Resources, the feathered creature was transported to a vet clinic to undergo much-needed medical attention.

Based on assessment and evaluation, the feathers of the less fortunate bird had been frozen by the very thick ice, and he had suffered from a fracture in his shoulder.

A further test was carried out, and it was discovered that this bald eagle showed signs and symptoms of lead contamination.

Luckily, the poor bird is anticipated to make total healing and rehabilitation after having medical treatment. A sense of gratitude is given to such a thoughtful act of a brilliant dog who made a significant impact on the life of a bird.

If this injured bird had not been given any help, then perhaps he could have just died from freezing. His life would have ended that way in a very miserable manner.

We could say that dogs do have excellent minds and big hearts.

A video below shows the heartwarming story.