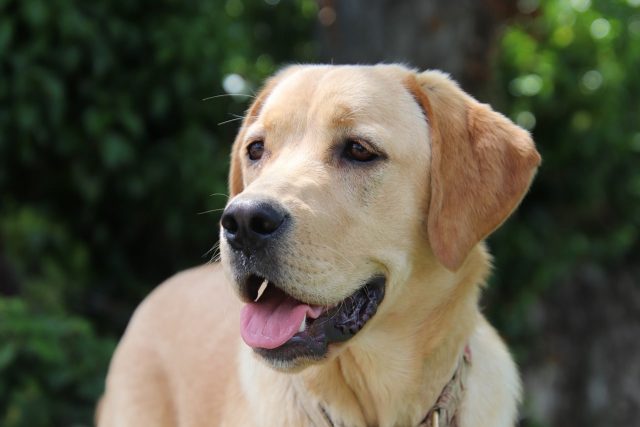 Bleu is an adorable dog whose musical talent is like no other. This four-year-old golden retriever does not only sing well, but she also knows how to play her own background music. That is through the use of wind chimes.

When Bleu was only a little puppy, she accidentally stumbled into something that stimulated her interest. Unknown to her, this would soon become her favorite toy. Bleu even decided to start honing her musical skills.

It all started when Ana Brown, Bleu’s mom, cleaned up outside their home. Ana moved the garden hook, which holds the flowers in their backyard. She hung down their old wind chimes there for them to get out of her way.

Ana said that Bleu was only around four months old at that time. Because the wind chimes were so down low, when Bleu stepped outside, her head accidentally hit them.

That freaked her family out, thinking how horrible her ears must feel. However, to their surprise, Bleu started to sing.

That incident started Bleu’s daily routine of going out at least once a day to play the wind chimes. She tips her head back to play the instrument while singing along and wagging her tail.

Ana said that seeing Bleu sing and play the wind chimes while looking at them is the most precious thing.

Because of her unique talent, Bleu has also earned dozens of social media followers. One of her videos has even received over 100,000 shares within 24 hours since it was posted. Now, Bleu’s mom is getting lots of messages from her fans all over the globe.

However, Bleu is still unaware of her online fame. She won’t even trade her favorite old wind chimes for the most high-end musical instrument in the world.

Ana recalled how her mom gifted Bleu with a really nice, brand new wind chime for Christmas. To her mom’s disappointment, Bleu would not touch it.

All the pup wants is the toy that she is used to.