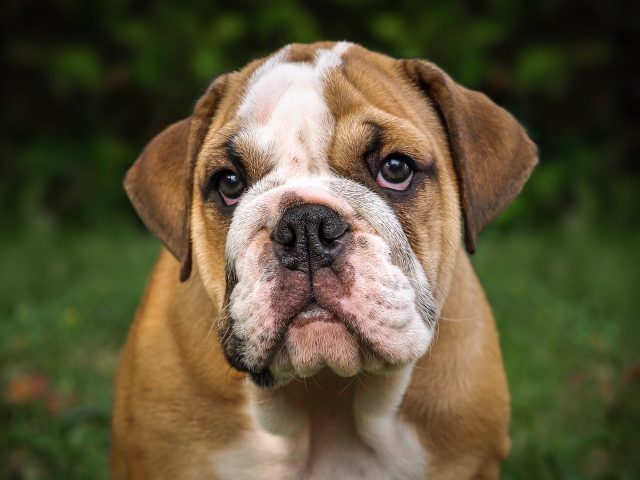 The coronavirus pandemic has been taking a toll on everyone in many different ways. Because everyone is forced into isolation, people have been dealing with cabin fever. Some feel stressed because they will still need to work from home.

But people are not the only ones affected by the lockdown. Dogs are affected, too! Just take a look at Pop, a 3-year-old English bulldog. Because he was just at home, he was also having a ruff time.

Pop somehow became one of the faces of the coronavirus lockdown after a picture of him looking downtrodden went viral on Twitter. People have been retweeting his picture with some even calling him Big Poppa.

Pop lives with his owner named Rashida Ellis in Atlanta. Rashida is a costume designer who makes outfits for various TV shows and movies.

But because productions have been temporarily halted, she had been busy making clothes from home, which she would sell online.

Keeping her company is her beloved Pop. And just like anybody else, Pop wasn’t allowed to leave home. Rashida said that when Pop was inside the home, he would just walk out to the patio, looking for people.

She could tell that Pop was not happy and excited as before.

Pop was used to having an active lifestyle. Before the quarantine, he would visit sets and get some petting from staff and actors. However, his favorite activity was playing with kids.

One day when Rashida was working, she noticed Pop on the patio. He was just looking at the two brothers playing in the courtyard. Pop would make noises so that he would get noticed.

Rashida took out her camera and snapped a picture of pop, looking sad and crestfallen. She then uploaded it to Twitter where it received a lot of attention from people.

Game of Thrones actress Maisie Williams even took notice of the sad dog. One Twitter user said that he would throw himself in front of the virus if it meant Big Poppa could play with the kids.

Writer Jessica Valenti said that we need to make the world a better place for Pop. 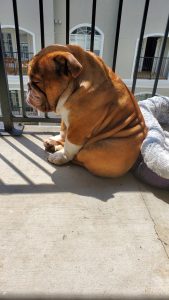