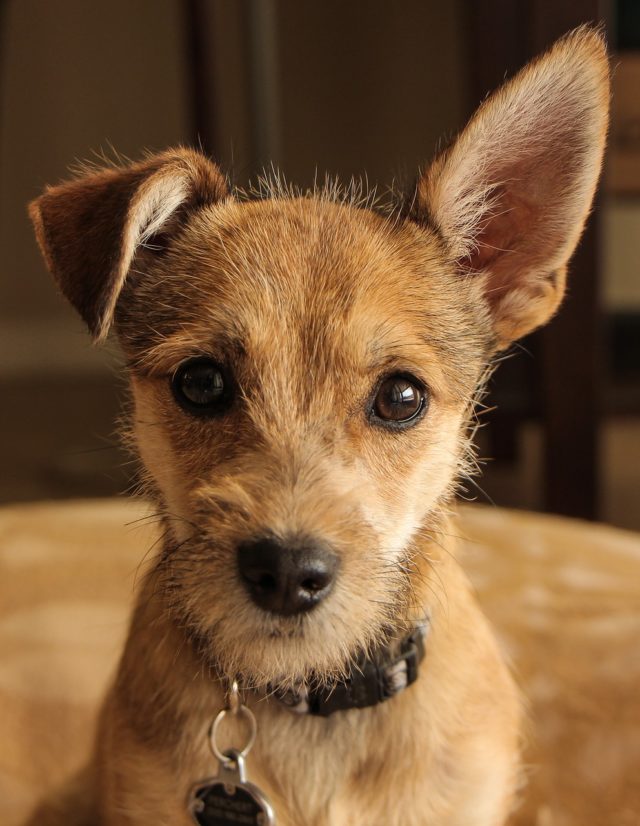 Dion Leonard runs extreme marathons. One of the most grueling races in the world is the 4 Deserts Gobi March, held each year in the Karakorum region in Central Mongolia.

In the summer of 2016, Dion was one of 101 competitors taking part in that year’s 4 Deserts Gobi March race. Little did he know that that particular race would have a long-lasting effect on him.

A Furry Friend Joins In!

On the very first day of the race, a little homeless dog decided that she would like to join in! She joined in the race for the first arduous 22 miles.

Dion said that at the start of the race on day 2, the little dog was standing next to him, staring up at him. He genuinely didn’t believe that the dog would stay for long. However, Dion was astounded when she crossed the finish line that day by his side!

Later that evening, when Leonard was back at camp, the little dog was still there – she had followed him back! It was at this point that Dion decided to call his faithful new companion “Gobi.” And from that moment on, Dion and Gobi were inseparable!

The next day was day 3 of the race. And again, little Gobi ran by Dion’s side the whole time. And still, she was there with Dion at the finish line.

The race organizers would not allow the little Gobi to run on days 4 and 5 of the race, as it was just far too hot for her. So instead, they transported her to the finish line, so that she could greet Dion at the end of that day’s racing.

The temperatures were a bit more accommodating on the sixth and final day of the race. And so, fortunately, Gobi was allowed to run that day.

And run she did! In fact, Gobi stayed with Dion the whole day, and they crossed the finish line together – as a team!

After the grueling race had finished, Dion knew that he couldn’t just turn his back on his new friend. So he decided to take Gobi home to his native Scotland.

The quarantine regulations in the UK are very strict, and the whole process is long and expensive. But Dion and Gobi were lucky that scores of very kind people donated money to help cover the costs of the quarantine process.

And about 3 months after first meeting, Dion and Gobi were once again reunited in Scotland. You couldn’t wish for a happier end to the story!

Watch how this pooch steals a soccer ball and showcases his skills – it’s amazing!