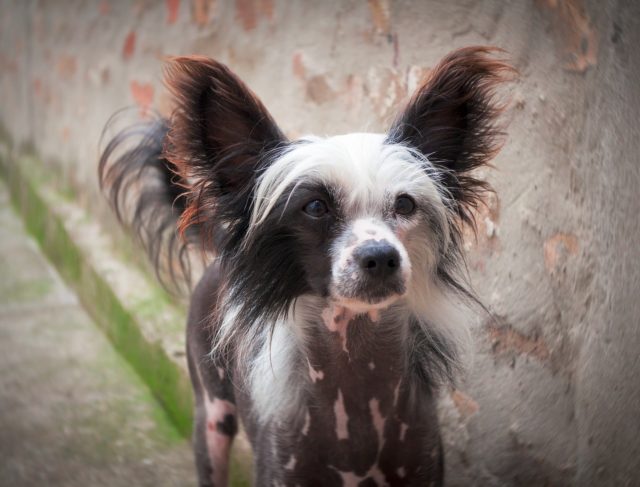 Back in 2017, Chase, the Chinese-crested mix from South Wales, joined California’s World’s Ugliest Dog Competition. He ended up bagging a 3-feet tall trophy that he won as the competition’s second runner-up. His mom, Storm Shayler, couldn’t believe it.

He was even dubbed “Britain’s ugliest dog”.

Storm adopted Chase after he was rescued from a puppy farm. Chase had such an unusual appearance. One of his eyes had a milky-blue color due to a cataract. He had no teeth. He also had a crablike walk.

His mom said that Chase was almost fur-less. He only had fur on top of his head.

And when he died, she was right beside him too. She said that she cuddled him and Chase peacefully slipped away.

Storm said that she’s going to miss Chase beyond words. She described Chase as one-of-a-kind. She said that, despite his moniker, Chase was beautiful inside. He was such a small dog, with a huge personality. He loved meeting people, and people loved him too.

Me and my mum

Posted by The apprenticeship of Neutrino – Newt on Wednesday, April 18, 2018

Chase Was Such A Fighter

Storm recalled how Chase lapped up the attention that he got after he became famous because of the competition. She said that even if he wasn’t the competition’s champion, to her, Chase was always a winner.

He was such a fighter, that even on the day before he died, he went for a walk up the mountain.

Before he died, Storm said that Chase started losing weight. He wouldn’t eat or drink. She then brought him to the vet. They did a blood test, and they were able to confirm that Chase had pancreatitis.

While Storm will miss Chase, she’s just glad to know that her sweet pooch would no longer suffer.

Lexi Ann miraculously survived a terrible fire. Find out who adopted her here