Forsberg is a Golden Retriever who was best friends with an orange Tabby Cat named Ginger. The two furry animals had been by each other’s side for eight and a half years, and you would never see Forsberg without Ginger, his trusty sidekick.

They were both senior pets to Jen Philion, and both enjoyed taking it easy on the couch. Forsberg and Ginger loved nothing more than to snuggle close to each other.

Suddenly, Forsberg did not see his best friend in the house one day and could not understand why or where Ginger went. Unfortunately, life took its course on the 15-year-old Ginger when she passed away because of thyroid cancer. 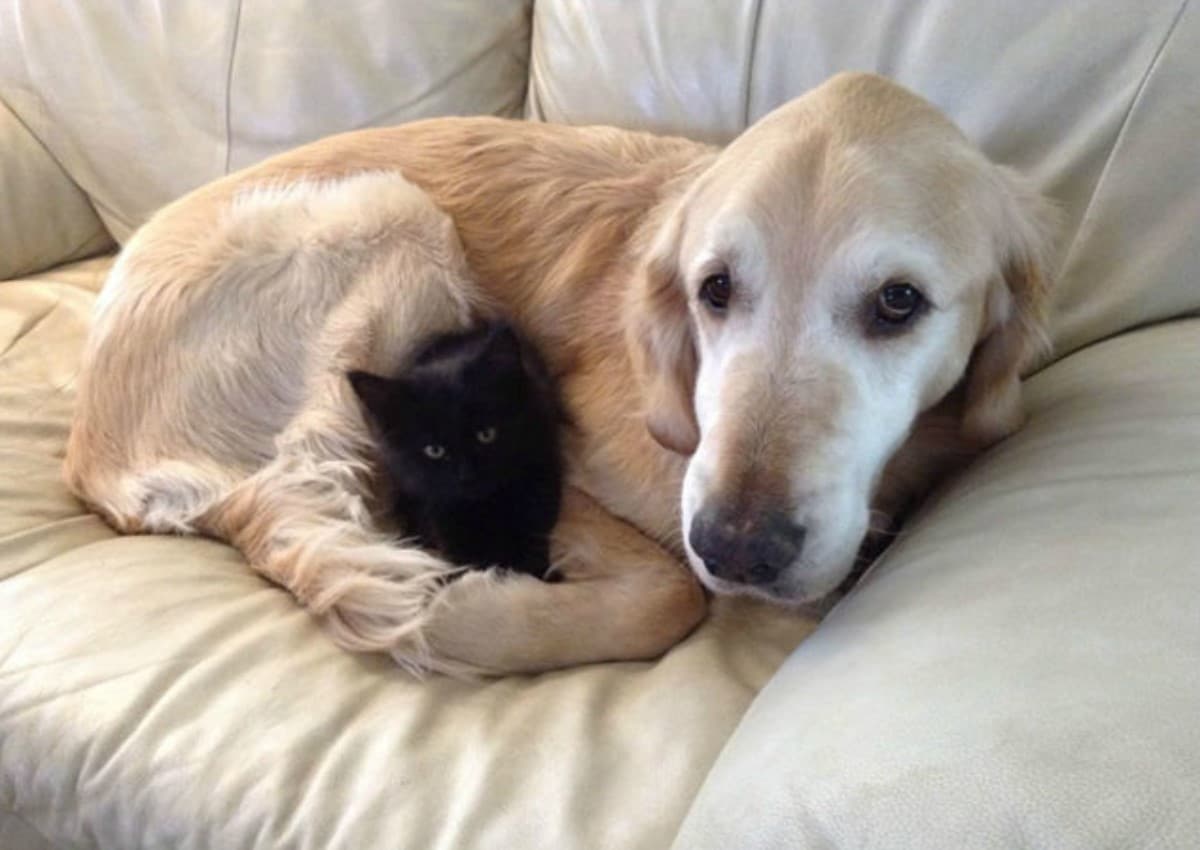 Not a day went by that Forsberg did not search for any sign of Ginger in their house. As the days passed, Forsberg felt confused as to why his best friend refused to show up.

Forsberg slowly developed depression because of how he missed Ginger terribly. The dog must have realized that Ginger was gone for good, and as the weeks passed by, Forsberg became too weak and seemed no longer interested in life.

Forsberg’s owner, Jen, could not bear the pain of seeing Forsberg in so much grief and sorrow. Jen decided to surprise her dog by giving him a new kitty best friend to keep him company.

While Jen was concerned about the new member of their pack getting along with the senior dog, she decided to give a new kitty a try in the hope of cheering Forsberg up. She named the black kitten, Maxwell, and the two of them hit it off right away.

Although no one could ever replace Ginger in Forsberg’s life, little Maxwell is doing a great job filling the void in Forsberg’s heart.

Maxwell loves cuddling beside Forsberg in the exact same spot where Ginger once did, and Forsberg is a happy dog once again.