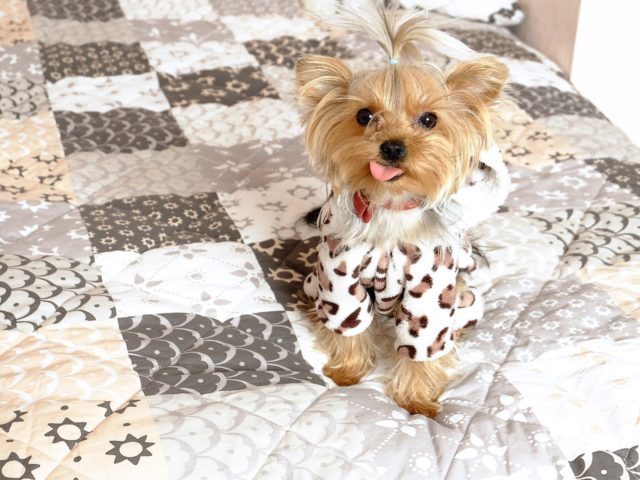 Death is inevitable, even among dogs. Most of the time, the heartbreak of losing our dog is just as bad as losing a human family member.

Some dog owners cope by adopting new ones. A handful clone their pets. And now, there is a growing number of people who prefer to have a life-like figure of their deceased dog.

Pelin Gur is a former missiles engineer in one of the Middle East’s mechanical engineering plants.

However, when Alaaddin Gur, Pelin’s husband, founded his graphic design business in London, she also decided to unleash her creative side. Perlin traded her nine-year career to become a felt artist.

Heartbroken families would only need to send her photos of their beloved pets, which she would use as a reference. Usually, she also asks them what they find most special with their pets.

Pelin would then go over every detail of the photo to ensure that she captures the pet’s story and character. Because of its complexity, it would often take her a week to complete each figure.

She said that she spends the first two days creating it. After that, she’d keep going over the photos, ensuring that she accurately captures every detail.

Reactions She Gets Are Priceless

Finishing each of these figures is emotionally rewarding for her, not only because she’s pursuing her dreams. It’s also because she knows that the bereaved dog owners find great comfort from her creations.

Pelin said that the figures usually serve as dog memorials for the dog’s bereaved family.

The reaction that she gets after sending them the finished sculpture is priceless, said Pelin. She finds motivation in touching people’s hearts.

Pelin is a dog owner herself. She treats her dog as her own son. She said that her dog is everything to her, so she understands the connection that her customers have with their dogs.

Sometimes you just want to take your dog with you on vacation. Here’s some things to remember to do and bring with you

These dogs were finally freed from their chains. Their reactions were amazing!

Cemal had to go into hospital. Find out what his loyal dog, Boncuk, did whilst he was in there