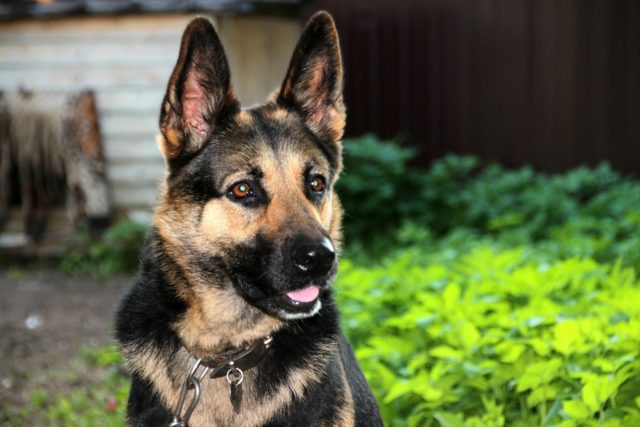 Dogs are always curious about their surroundings. They like to explore and sniff around new things that are unfamiliar to them.

But when this curiosity gets the better of them, they can find themselves getting into places that they shouldn’t be in.

This happened to Shasta, a 7-year-old German Shepherd, who found herself stuck in a Florida canal one day while exploring.

Officers to the rescue

Broward County Sheriff’s office received a distressing call one day about a dog who got stuck in a canal in North Lauderdale, Florida. The dog, Shasta, was able to slip out of a hole in her home’s garden fence while exploring.

From there, she came across a canal’s steep embankment and slipped down to the water accidentally. This was the situation that led the residents to call the cops.

Once the officers got there, they could see that Shasta was barely able to keep her head above the water. They immediately jumped over garden fences in the neighborhood to try to get to the dog.

The pooch was so terrified about the situation that, at first, she didn’t recognize that they were there to help. She even tried to swim away from them.

Luckily the officers had an animal control rod with them since they found that it was just too difficult to reach the dog without any help.

It took them a couple of tries, but they were eventually able to lasso Shasta into safety and put her anxiety at ease.

Once the dog was safe and dried off, the officers then took action in trying to locate her humans. Much to their surprise, the dog was owned by one of their own!

Doug Davis, Shasta’s owner, was also a county sheriff! This made the officers who rescued the pooch even more grateful that the dog was safe and out of danger.

Check out their story here:

Read the amazing story of how heroine dog Jezebel keeps autistic William safe from harm, after he disappears from his home