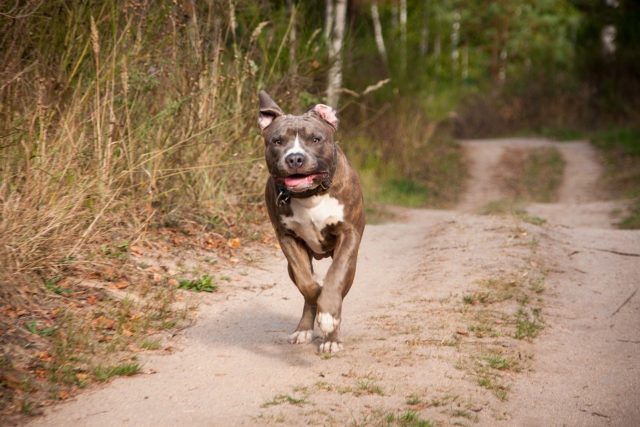 Hulk was first found running along a train track in Los Angeles, California. He was severely injured, and he looked incredibly terrified. He didn’t want anyone near him.

Hope For Paws To The Rescue!

As soon as Hope for Paws heard about Hulk, they quickly sent a group of volunteers to try to rescue him. They were worried about his safety, so they needed to act fast. 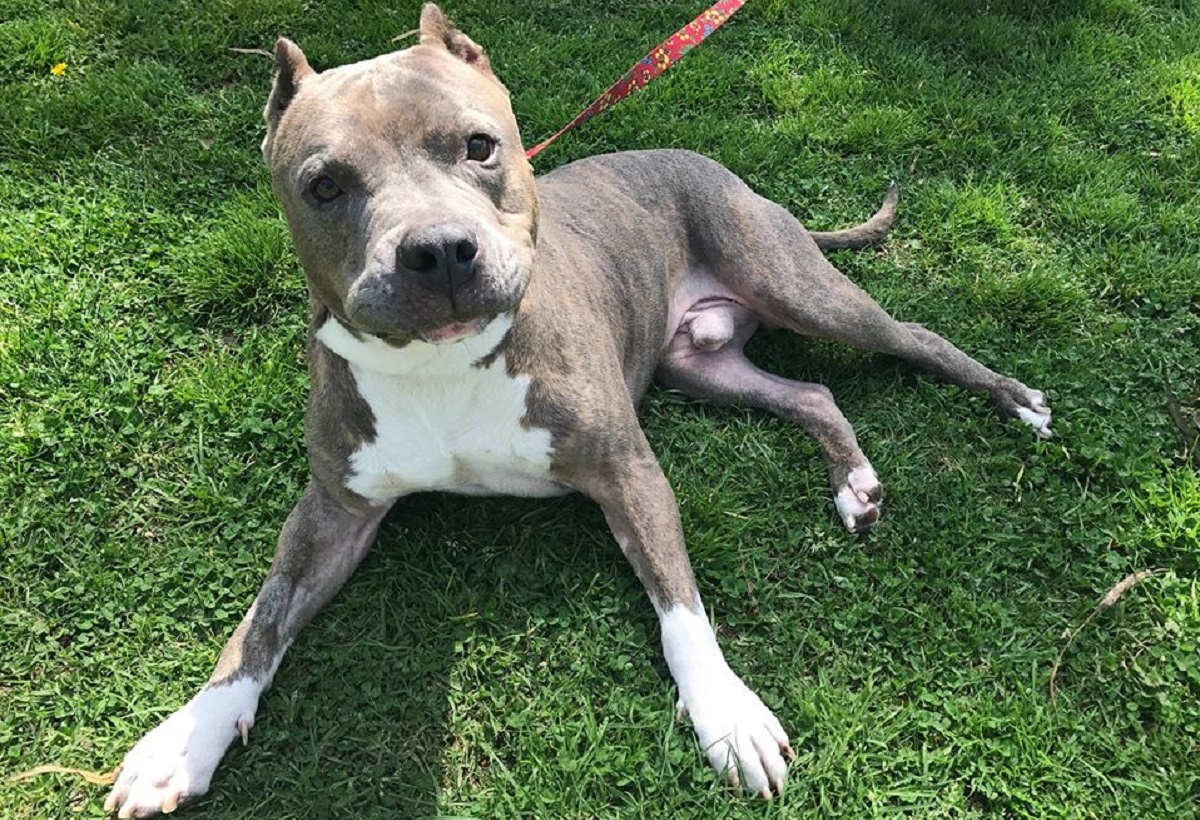 At the scene, rescuers found a huge Pitbull that kept running along the railroad. They set up nets as traps to keep him from bolting away. But no matter what the rescuers tried, the dog just kept on running off.

The Rescuers Try Another Tactic

There was no doubt that Hulk looked absolutely intimidating. His massive body and his face made him look scary. But in reality, he is a sweet boy who wants nothing but to be loved.

The rescuers tried another tactic. Instead of trying to catch Hulk with a net, they decided it might work better if they tried to gain his trust. And they were right. 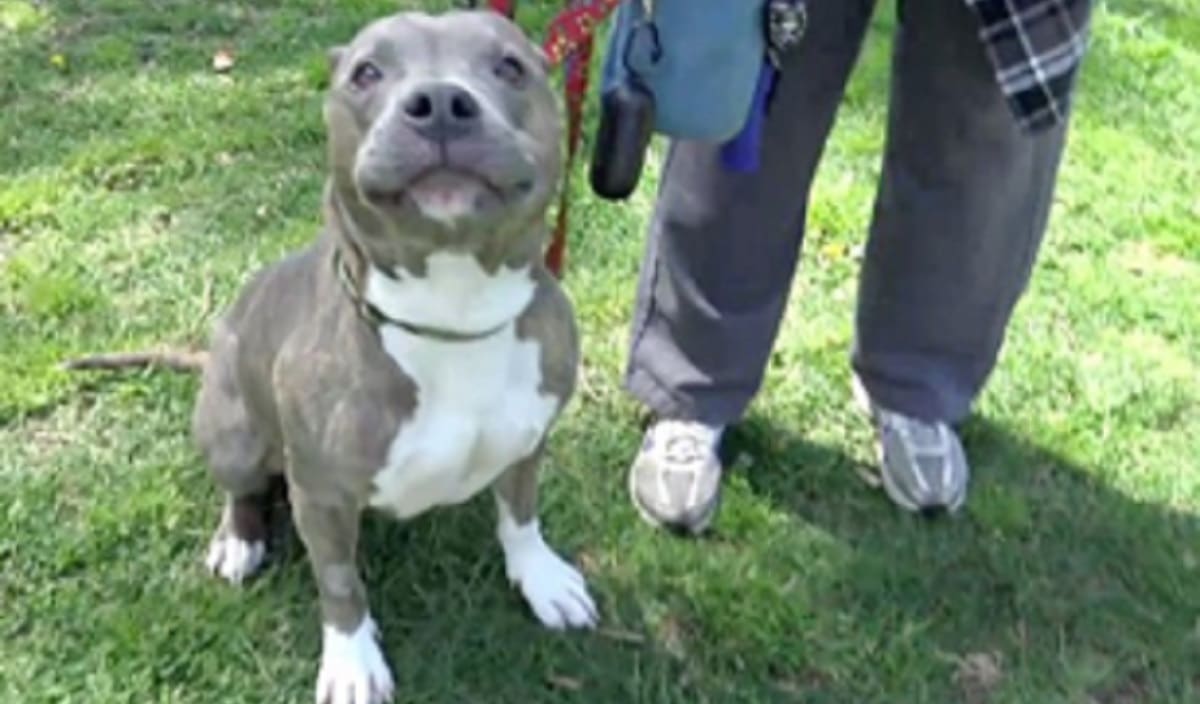 Hulk Gets A Health Check

The volunteers waited for Hulk to calm down a bit. When he did, they slowly put a lead around his neck. And once he allowed them to pet him, that’s when they knew they could take him to the rescue center.

The rescue center’s vet immediately checked Hulk. They hooked him into an IV to keep him hydrated, and then he was fed. Besides his cuts and wounds, Hulk was deemed generally healthy. 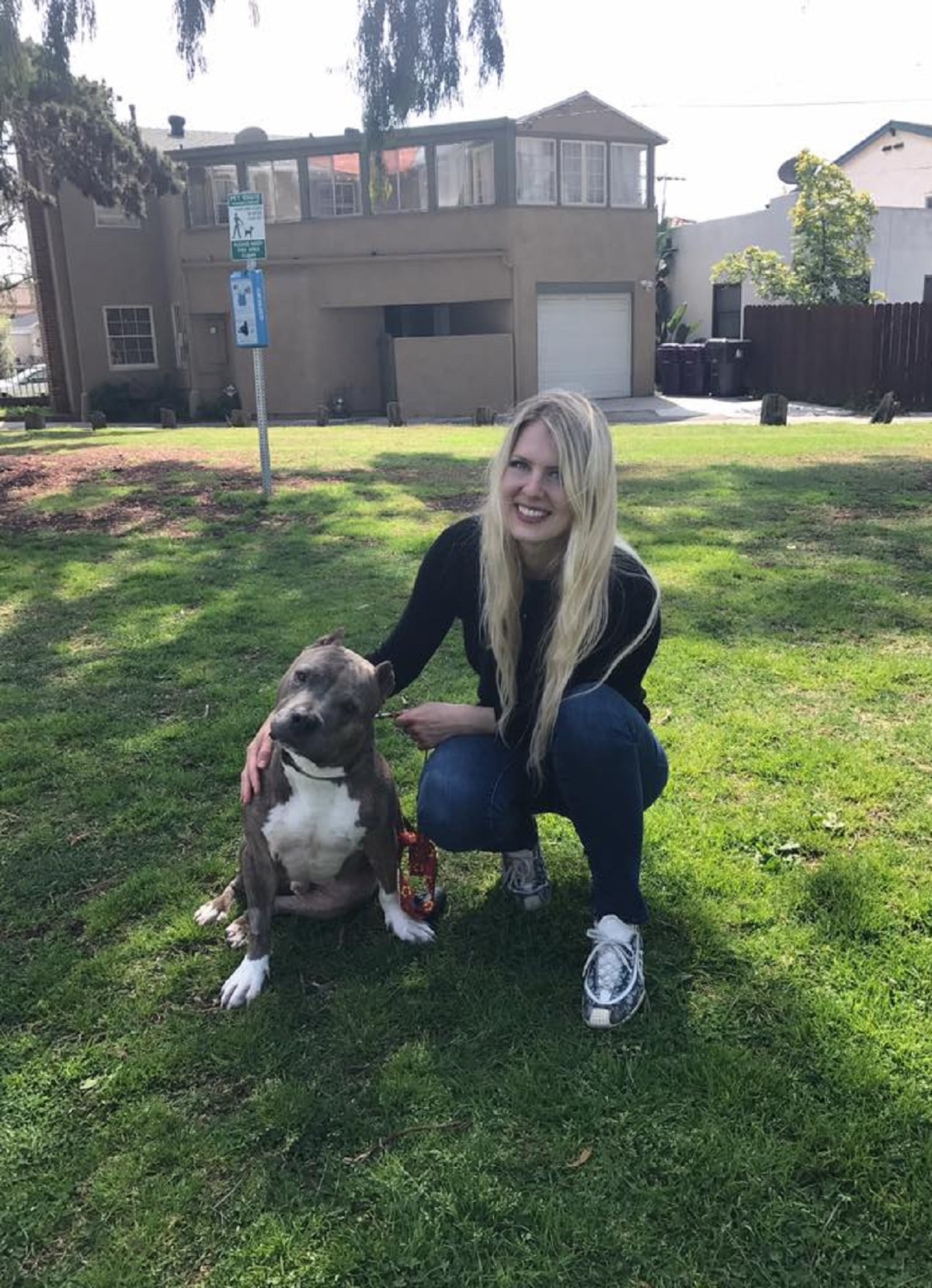 The handsome Pitbull stayed with the rescue center for several months. His friends kept him company while they waited for the right individual to come and give him a home.

Soon enough, the one he had been waiting for arrived.

Hulk suffered in his previous life. He endured pain he should never have gone through.

But despite all that, he showed no signs of anger. And for that, he truly deserved to find a loving home.

Credits to Hope for Paws

Read the amazing story of how heroine dog Jezebel keeps autistic William safe from harm, after he disappears from his home