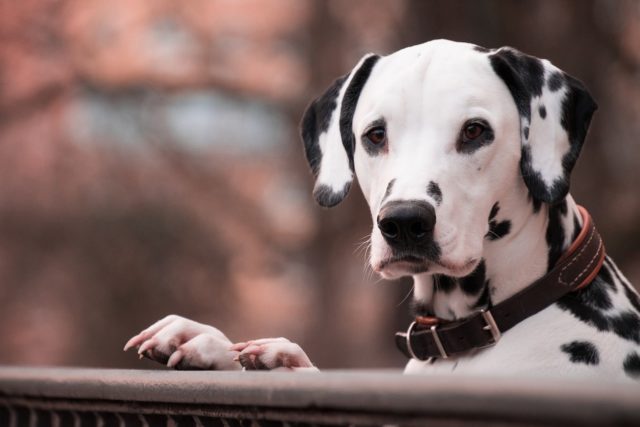 Most of us don’t really look forward to garbage collection day. But for the dalmatian, Dakota, it’s his favorite day of the week. The pooch has grown fond of the garbage collectors, and he considers them his friends.

The sheer sound of the garbage truck making its way to their home is enough to send the Dakota into a happy dance.

Dakota’s favorite day of the week

Dakota lives in Eastbourne, East Sussex with his mom, Ciara. As a 2-year old Dalmatian, he is everything you would expect from a pet dog – sweet, friendly and playful. He enjoys going on hikes, visiting the beach and playing fetch.

But Dakota has this unusual fondness for the people who collect garbage in their neighborhood. Every Friday, Dakota would anticipate the sound of the garbage truck coming to their area as it signals one thing: he gets to bond with his friends, the bin men. 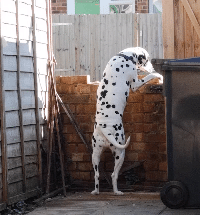 An unusual friendship with the garbage men

As soon as the dog hears the garbage truck, he would excitedly go to the brick wall behind their home. He’d bring his front paws over the wall and stand on his hind legs. The dog would wag his tail in anticipation.

When the garbage truck pulls up in front of their home, Dakota goes crazy that he’d dance in excitement.

Seconds later, the garbage collectors come over and greet Dakota. They’d fuss over Dakota like he’s a dear old friend they haven’t seen in a while. The interaction is amusing and heartwarming.

Dakota loves the attention, and the garbage collectors also appreciate the dog’s fondness towards them. 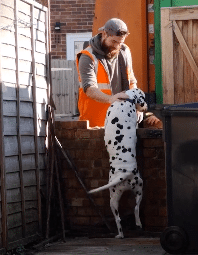 The collectors spend more time than necessary taking out Dakota’s trash so they can bond with the Dalmatian for a while, and Dakota loves every moment of it!

It’s sad that garbage collection only happens once a week, but that’s also enough reason for Dakota to always look forward to Fridays.

Watch the friendly interaction between Dakota and his friends on the video below.

Thanks to Caters Clips.

Stella’s mommy gives her a fabulous gift, and the video goes viral on Twitter! Find out here what the gift is and what Stella’s reaction to it is