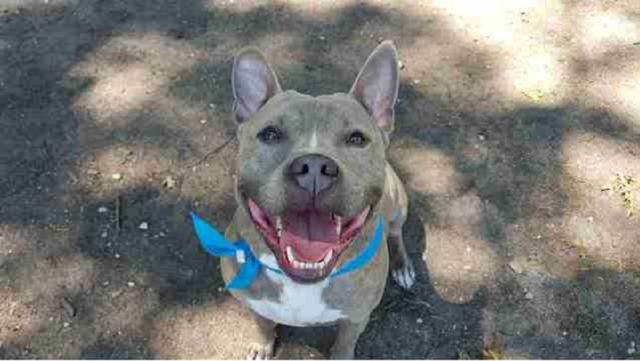 Read on for a story all about a pit bull with the sweetest smile, who has been searching for a home for more than 2 years now…

Nitro The Pit Bull Gets Rescued

Nitro was rescued by a good-hearted individual back in August 2016. He lived the life of a stray dog before Town of Brookhaven Animal Shelter took him in.

In an instant, the pup stole the hearts of every worker and volunteer in the shelter. And his new friends believed it wouldn’t be long before he found his forever family.

Sadly, it’s been more than 3 years, and Nitro still hasn’t found his home. He’s still waiting in the shelter, inside his kennel, wishing someone would finally show up and take him home. 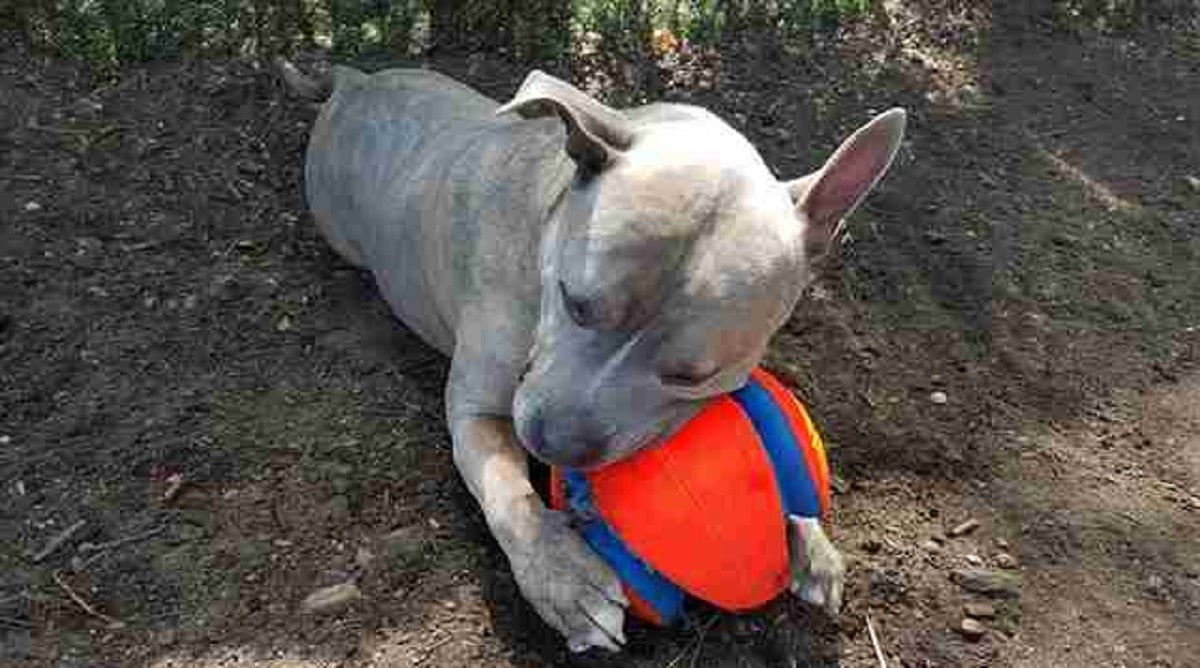 Over the years, five-year-old Nitro has been struggling with shelter life, just like any other animal would be expected to. He often seems confused as to why he is there and brawls once it’s time for him to go back to his kennel.

Thankfully, everyone at the shelter showers him with love. Still, it would be different if he had his own family and his own home.

Despite Nitro’s struggles inside the shelter, he often has this huge smile right on his handsome face. He loves playing out in the yard and is willing and ready to strike a pose whenever a camera is in front of him.

Nitro isn’t asking for much. He just wants to be with his favorite individuals playing outside. 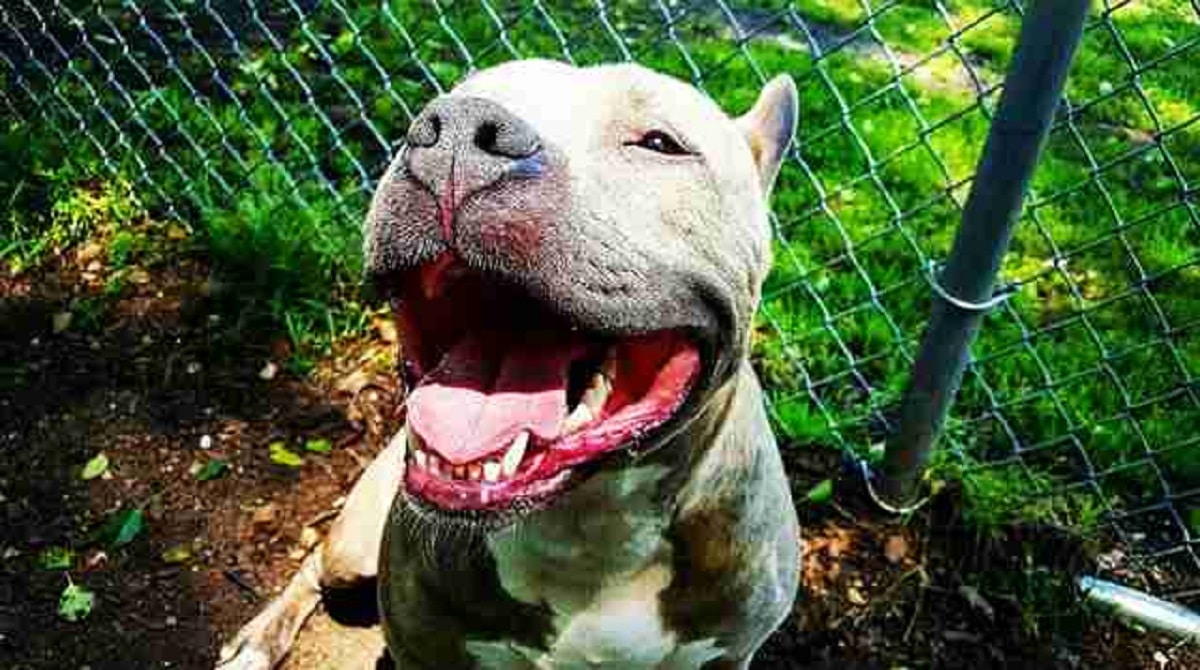 Nitro Has Lots Of Energy And Is Very Active

Nitro still has a lot of puppy energy and is super active. He loves running outside, playing fetch, and going for walks. An active individual or family who can play with him as much as they could would be the best fit for Nitro.

He is on his best behavior in a household with no young children and must be the only pet in the house.

“All Nitro wants is someone to love him and be at home where he belongs,” said Brittany Broderick, a shelter volunteer. “Not a shelter.” 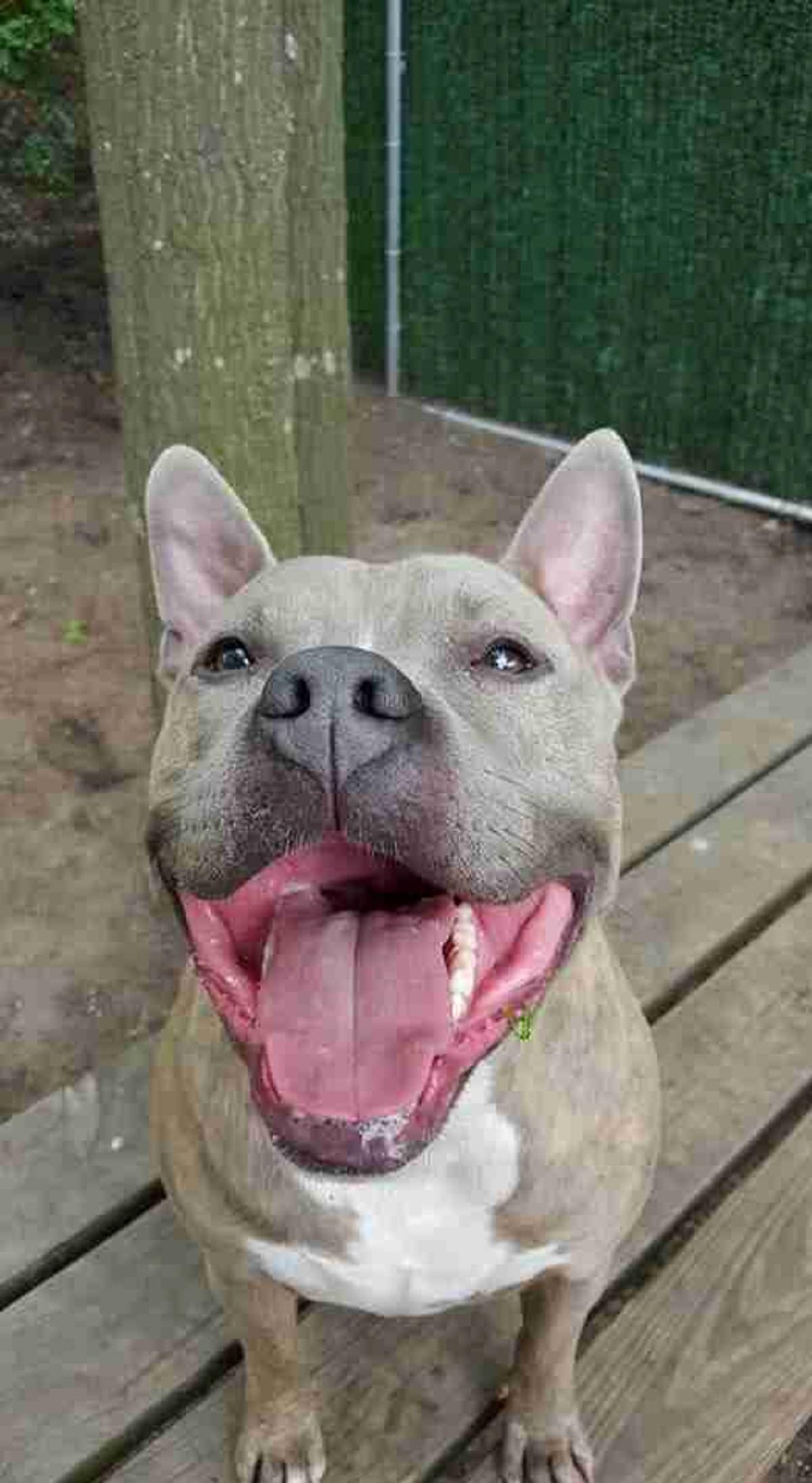 Nitro has a unique smile that would brighten anyone’s day. Whoever decides to welcome him into their home will surely have the brightest days of their lives.

Hopefully, that someone shows up very, very soon.

And that was the story of Nitro, a pit bull with the sweetest smile, who has been searching for a home for more than 2 years now. We hope you enjoyed reading all about Nitro!

Meet Breakfast, the rescued deaf pit bull, who has learnt to do something amazing!

A badly injured pit bull was hanging out near the railroad. Watch how his rescue went

Noland, a tiny pit bull puppy, was found dumped at birth. Find out what animal shelter staff did to help him survive. It’s probably not what you think!

A pit bull gets stuck on a roof in Arizona. Find out what happens to him here