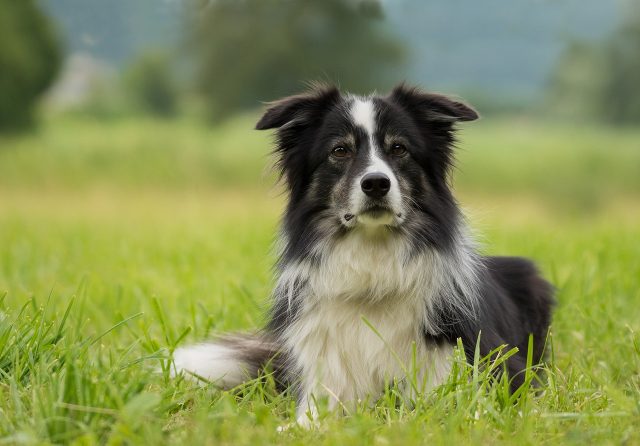 Some abused dogs never get to see a better life. It’s sad to hear that they will never experience what care actually feels like. Fortunately, some compassionate people actually make life and love a reality for these dogs.

Fleur is one of them. She is a Romanian rescue dog who has witnessed how her life has made a beautiful turn.

From being an abused dog with a 1% chance of survival, she became an award-winning pooch. She received the prestigious Animal Hero Rescue Award from Mirror.

A Collie mix, Fleur was found by dog catchers on the streets of Bucharest. She was then sent to a shelter where she was poorly spayed to the point that a part of her intestines was outside her body.

An organization finally stepped in to help Fleur overcome her physical condition dilemma. The organization provided Fleur with the right surgery to save her life.

But the dog found another stroke of luck. Andrew and Wendy saw Fleur online and decided to become Fleur’s new family,

Eventually, Fleur was flown to the UK where her new family warmly welcomed her. However, a few weeks later, Fleur’s almost perfect life was disrupted when she fell ill because of a damaged bowel. The veterinarians gave her a small percentage of survival.

Through a charity and fund-raising program, Fleur was able to undergo another operation. Two weeks after, she recovered fully.

Fleur’s almost tragic life was sad. But what was important was that she survived and now living her new life. The smart dog became a therapy pet.

She would travel with her owner to schools where she would help kids read, communicate, and gain confidence.

Fleur would also visit nursing homes where she gives the elderly joy and warmth. With her inspiring story and involvement in charity works, Fleur was eventually awarded by Mirror with Animal Hero Rescue Award. 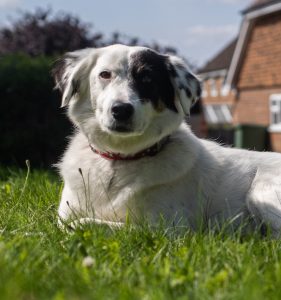