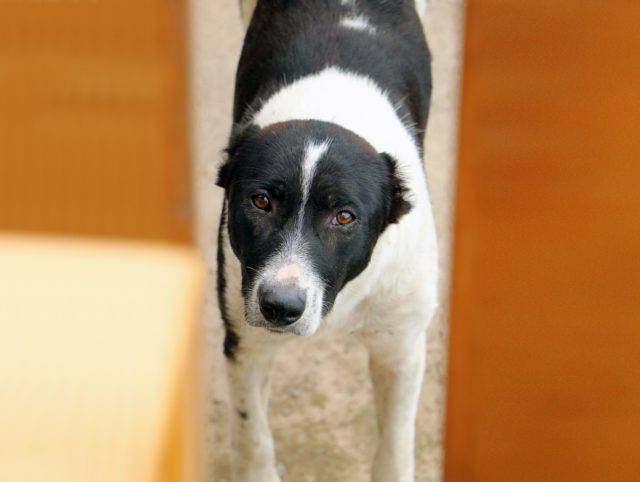 Animal Aid Unlimited, an animal sanctuary and hospital located in the city of Udaipur in Rajasthan, India, came to the rescue of a severely injured dog.

Rescuers found the canine lying on an empty lot amid bits of trash and dried leaves, air escaping from one punctured lung with every breath. The skin over her ribs on that side had been torn open, revealing the bloody flesh beneath.

She also had another open wound in the middle of her eyes. It looked like someone had hit her there with a sharp object, splitting the skin. 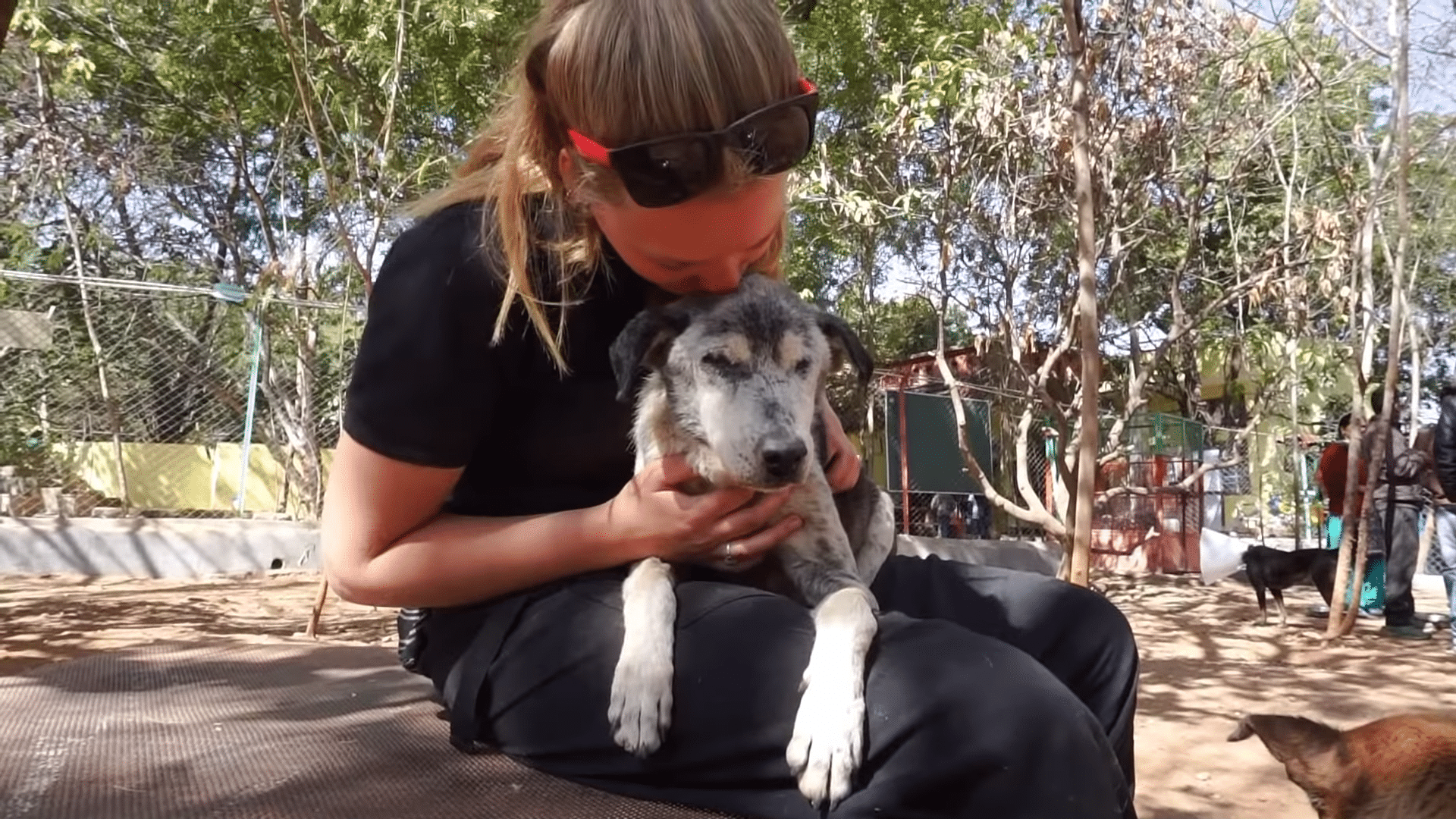 Surprisingly, however, the dog—whom they christened Maxine—was still able to stand up and walk. She was in so much pain and distress that she wanted nothing to do with the rescuers; she hid in a thicket, wishing only to be left alone.

Animal Aid couldn’t do that, of course, so they picked her up with a blanket and rushed her to the hospital for lifesaving surgery.

Because of her age, the doctors were not sure if she would survive the procedure. Still, they gave her anesthesia and hoped everything would go as planned.

As several layers of tissue had sustained damage, it took the surgeons two hours to repair the lung and sew the flesh closed. 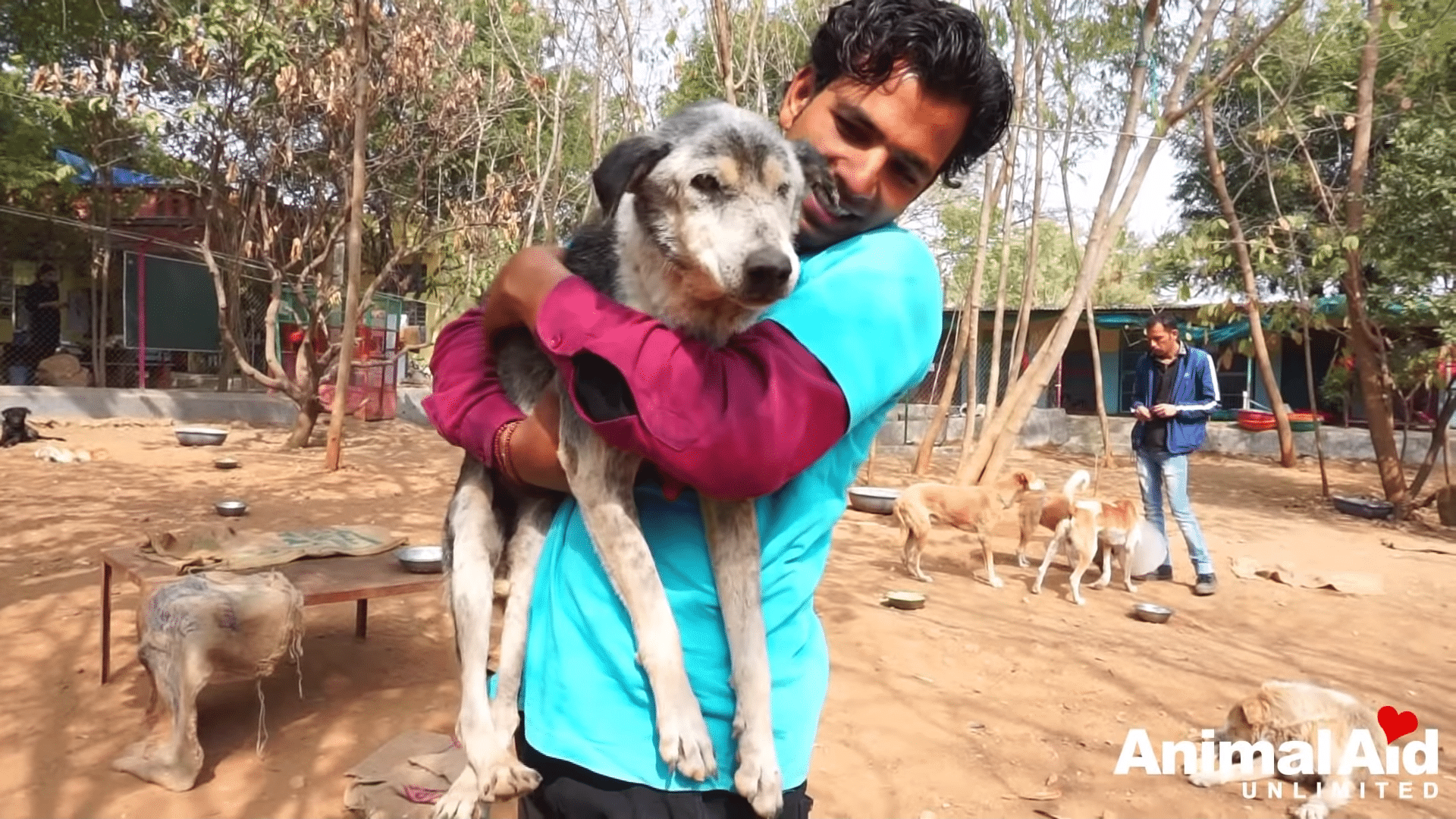 Maxine Loves Lying In The Sun

Fortunately, Maxine had a strong will to live. She needed lots of encouragement to eat so she could get her health back up, but soon enough, she was walking around the Animal Aid sanctuary and getting to know the other shelter dogs.

She’s a senior dog, so she likes lying in the sun better than frolicking around and being silly with her canine friends.

Just like any other pooch, however, she loves being on the receiving end of affection, and her rescuers make sure to spoil the old girl with tons of kisses and snuggles every single day.

Watch Maxine’s recovery here—it’s as if she never had a hole in her lung, thanks to her excellent doctors:

We all want our dogs to be happy. Here are lots of ways that you can make your dog happier than she already is!

This Golden Retriever steals his older brother’s chewy. Watch the adorable apology he gives afterwards, though!

A newborn dog was cruelly dumped and left for dead. Find out what the shelter staff did when they took him in

This smart dog can help you learn better English. Find out how here

We all love a good dog quote, don’t we? Well, here are 33 dog quotes that we think you will LOVE!