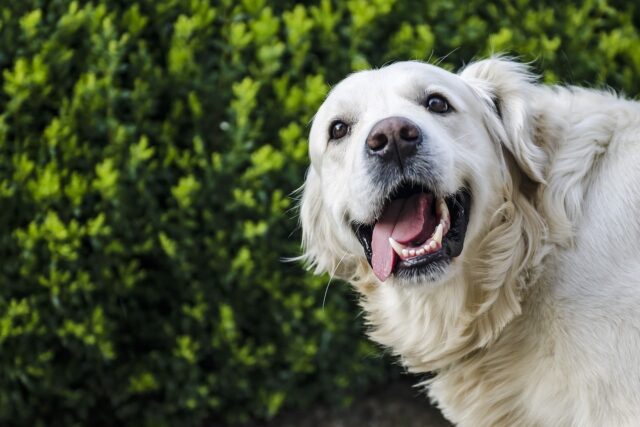 We all have to apologize to somebody every once in a while. And it often includes a big hug. Sometimes, dogs apologize to each other, too. We think this Golden Retriever gives THE most adorable apology ever! What do YOU think?

Kiko and Watson are siblings who love each other. And they play really well together. Kiko is a 9-year-old Golden Retriever, and Watson is five years old. If you followed them on their social media account, you’d see why this duo is special.

Not long ago, Kiko’s owner received news that Kiko had cancer. Kiko underwent surgery and was forced to give up one of his legs to stop the spread of cancer.

At 9-years-old, Kiko still wants to live his life to the fullest — that is, together with his family, and of course, his younger brother Watson.

But like all siblings, it’s not always hugs and kisses. There will always be sibling rivalry, no matter how small it is. For these two brothers, that rivalry led to one giving the most adorable apology we’ve ever seen.

The dog even seemed proud of his deed. But their owner knew better, and she reminded Watson what he needs to do when he takes Kiko’s “chewy.”

Their owner asks Watson if he understands when she is talking to him. The dog answers with a couple of coughing sounds, which his owner considered his acknowledgment.

She continues, “So, I gave you a chewy, and I gave Kiko a chewy, and you ate Kiko’s chewy. What do we say when we steal someone’s chewy?”

As if he understood what his owner was telling him, Watson proceeds to approach his older brother and then gives him a big hug! Watson sits beside Kiko and puts both his paws around his brother, as he rests his head on top of Kiko’s.

The gesture surely melted many people’s hearts, as the adorable duo is loved even more by their followers.

Watch Watson give his older brother, Kiko, a big hug in the clip below.

Watson – a 5-year-old Golden Retriever that gives THE most adorable apology ever! (In our humble opinion, of course!)