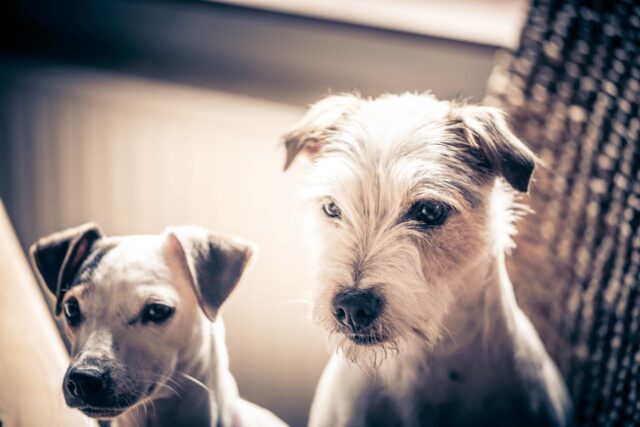 We’re endlessly creative. With the help of her daughter, one woman uses her creativity to its full extent and builds beautiful dog houses for her two terriers. Meet Diane…

With the world on lockdown, we have been left with limited options when it comes to recreational activities.

Health experts have warned against any type of social gathering, so most of us have resorted to tapping our inner DIY talents and started tinkering around the house.

Some people used this time to brush up on their skills in cooking, knitting, or even dancing. Some tried their hand at grooming their pets, with hilarious results. However, some discovered their knack for carpentry and room makeovers.

A woman named Diane, and her daughter Kennedi, were redecorating one of their extra rooms into a game room. While surveying her daughter’s handiwork, Diane noticed their two Yorkshire terriers Ginger and Fergie watching.

That’s when her lightbulb moment occurred. 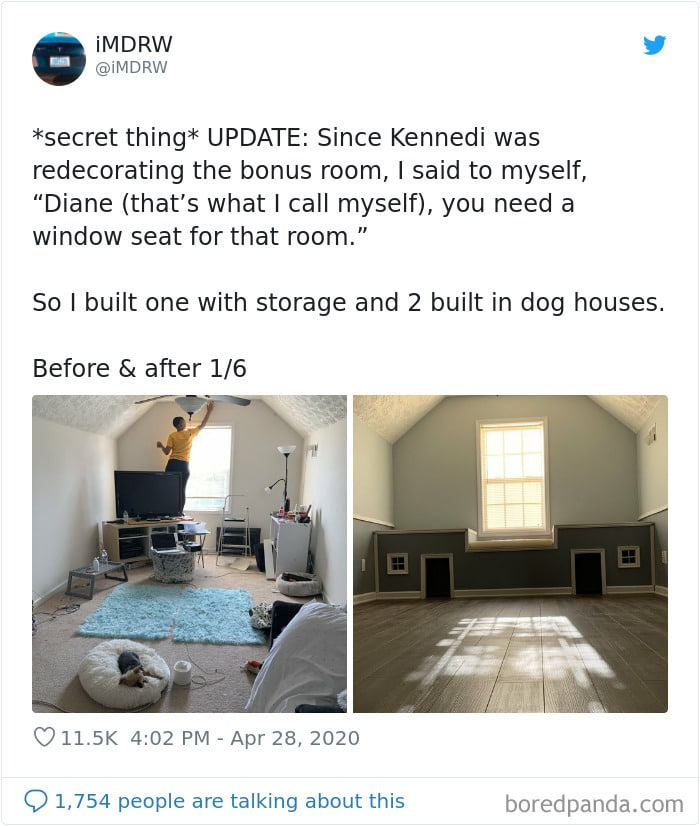 She realized they needed to install a window seat to complete the room’s new look. So in the true spirit of DIY masters, Diane designed a window seat that also had storage capabilities.

Not only that, but this newly customized seat also housed two built-in dog houses.

She didn’t want it to look like any old standard dog house. She wanted it to be a gorgeous walk-in dog house, complete with furnishings for the pups to enjoy. What Diane and her daughter came up with was incredible and utterly ingenious. 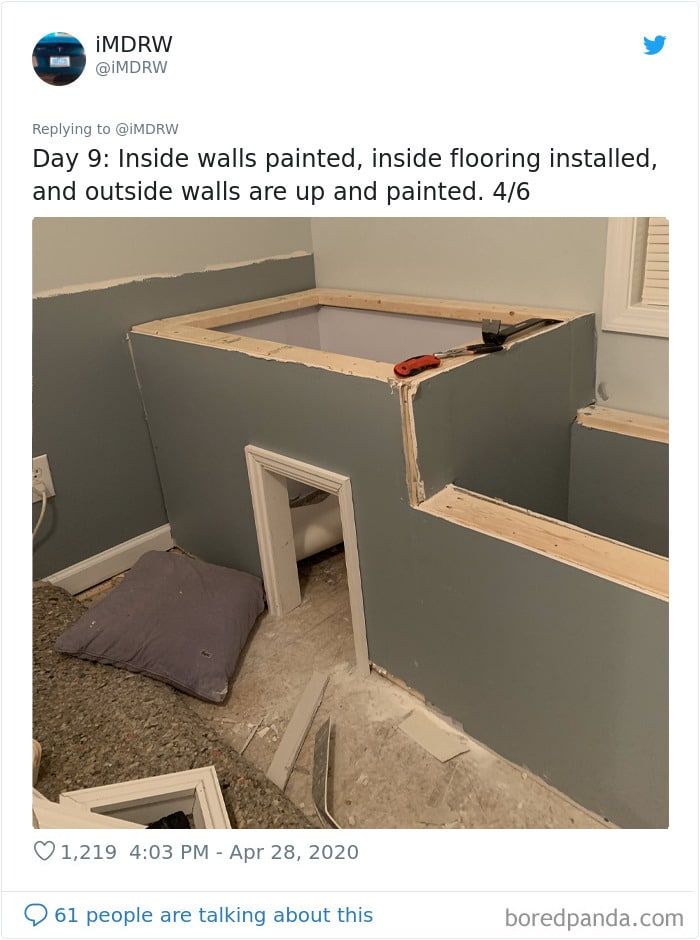 Ginger And Fergie Supervise The Project!

They built the houses from scratch. They had painted walls, new flooring, and even little paintings they could hang for decoration. The mother-daughter duo also added light fixtures, tiny windows, and dog couches.

Ginger and Fergie supervised the project, offering their owner the moral support she needed to complete the houses. It wasn’t an easy task to accomplish, but Diane and Kennedi eventually did it after a few days.

With the finished product, they presented the new houses to the two eager dogs. 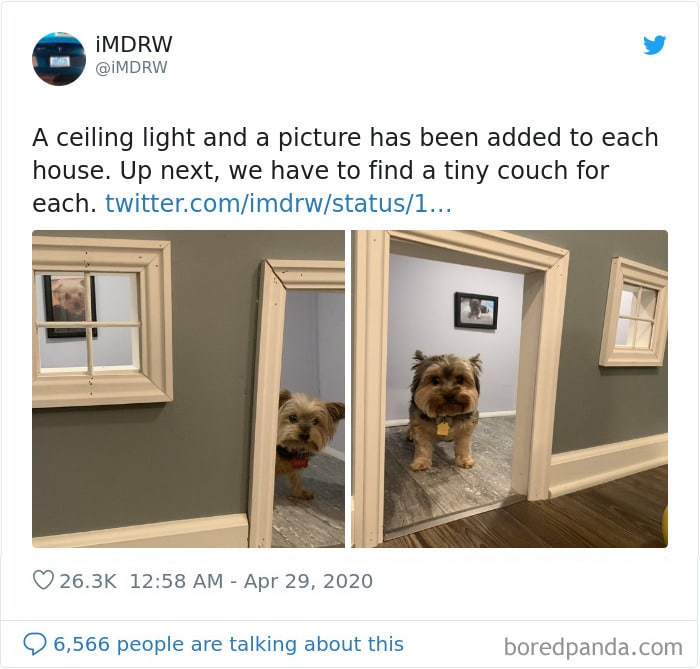 With satisfied looks on their faces as they peeped out of their little doorways, suffice it to say, Ginger and Fergie loved it.

We hope you enjoyed this delightful story about Diane, a woman who uses her creativity and ingenuity and builds beautiful dog houses for her two terriers during lockdown. What an inspiration!