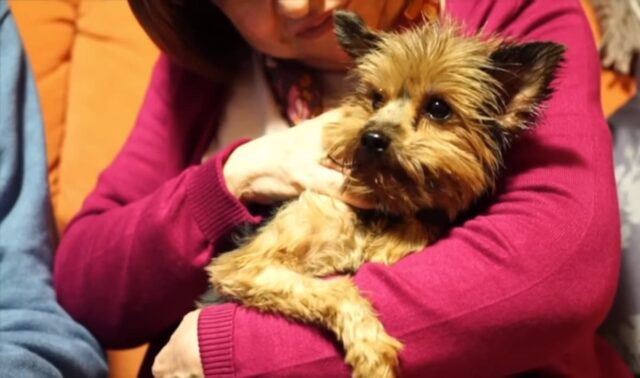 It’s a very sad fact of life that puppy farms and puppy mills exist – they are awful things. This uplifting story is all about little Cesar. Poor Cesar was locked inside a cage his entire life, but thanks to a rescue agency, he is now finally free. Read on to find out more.

Cesar Never Saw Any Of His Babies

Let’s Adopt International rescued six Yorkies from a puppy mill in Sevilla, Spain. One of the dogs they pulled out was Cesar, a senior dog that’s about ten years of age.

Cesar never felt the warm sun on his skin. He spent his days locked up inside a small cage.

The farm owner used Cesar for breeding puppies. Despite having so many litters, he never saw any of his babies. Day in or out, he sat inside a tiny, filthy cage. 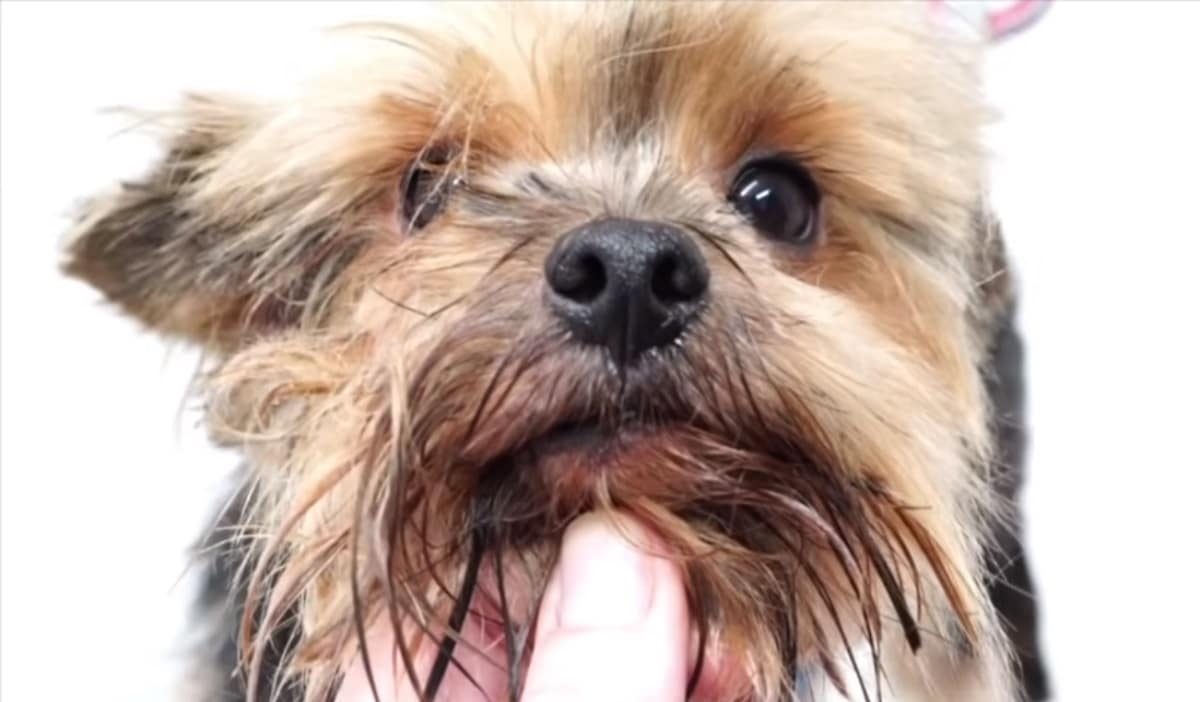 Thousands Of Fleas And Ticks Swarmed Him

Like most dogs and puppies on a dog farm, Cesar never received medical attention. He never got to play with another dog. He never even had his own toy.

Years of profound abuse and neglect took a toll on Cesar’s health. His fur matted, and his nails grew very long. Thousands of fleas and ticks swarmed him, and he became pretty filthy, because of the dirt and mud that accumulated on his coat. 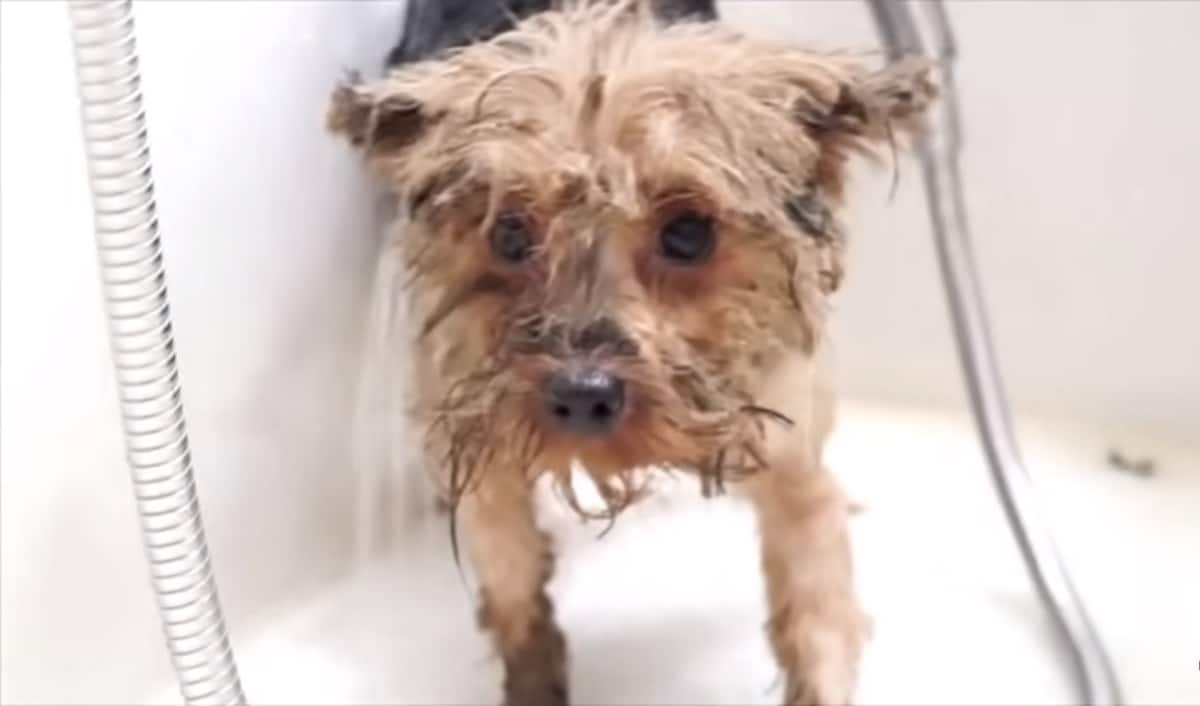 As soon as Let’s Adopt International rescued Cesar, they took him to a vet for an examination. The vet treated him for parasites and vaccinated him according to his age. Likewise, the staffers groomed him, and the little Yorkie felt much better right after.

Depressed, defeated, and terrified, Cesar needed time to overcome his fears. He spent several weeks at the White House, a residential property owned by the rescue organization. Slowly, he learned to forgive and to trust humans once again. 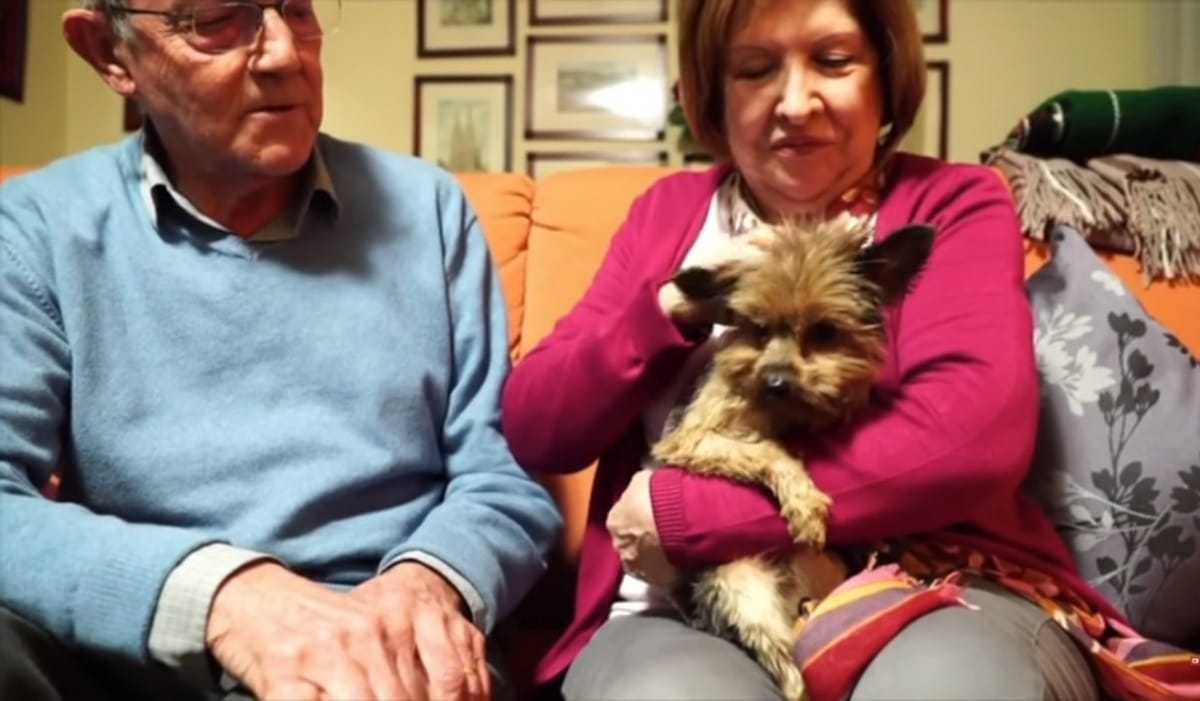 Let’s Adopt International shared Cesar’s story on social media. Within a few days, a lot of people wanted to adopt him. The rescuers screened all applicants. They wanted to make sure they chose the perfect fit for Cesar.

Before long, Let’s Adopt International found the perfect adoptive parents for Cesar. Viktor Larkhill, the founder of the organization, drove the pup to his new home. And in an instant, Cesar fell in love with his new mom and dad.

So after being locked inside a cage his entire life, little Cesar is finally free. What great news!

Rescued Squirrel Is Loved By His Dog Siblings