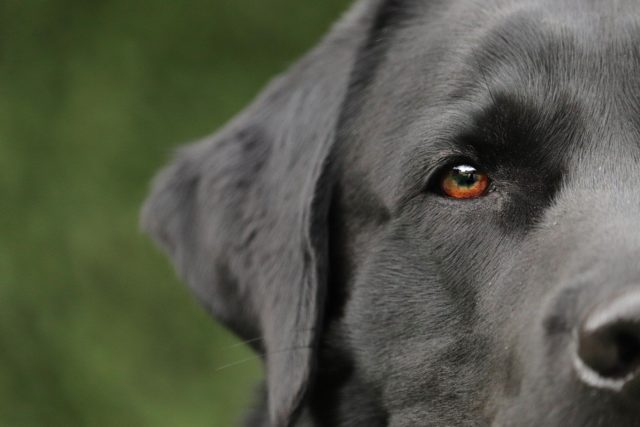 This Labrador was almost put down, but the dog whisperer came to the rescue…

There are times when it’s hard to find potential adopters for dogs in a shelter. When a dog can’t get adopted, it usually means they have behavior issues that need to be addressed. If these issues are not addressed, the worst-case scenario is euthanasia.

Fortunately, people like Cesar Millan exist to show that dogs can be corrected and trained.

Cesar’s case for the day was a mixed Labrador named Jet. Rebecca, Jet’s current handler, brought him to Cesar’s Dog Psychology Center to see if the behavior problems could be solved. Jet was cage aggressive, obsessive, and hard to handle.

Rebecca Is Surprised At How Quickly Jet Responds

When the dog whisperer first saw Jet’s reaction, he already knew how to approach. Cesar did not directly approach Jet, despite being separated by a wire fence. Instead, he approached from the side, turned his back, and crouched to allow Jet to smell him.

After that, Cesar entered the enclosure and assumed an assertive stance. This was a way to encourage Jet to be calm and submissive. Rebecca was surprised at how quickly Jet responded to Cesar.

After successfully putting a leash on Jet, Cesar asked what else he needed to work on. Rebecca explained that Jet was possessive over toys.

When a squeaky toy came to Jet’s attention, Cesar noticed how tense the dog was. Rebecca found out that she was actually rewarding Jet’s intensity.

Cesar patiently waited for Jet to calm down before introducing a command. The command allowed him to stop Jet every time he would go for the toy. Cesar explained that when a dog is not excited, they can easily absorb commands.

Again, Rebecca was amazed to see how quickly Jet changed. This all happened during the first day of rehabilitation. Jet was a dog who was scheduled to be put down up until Cesar came along to prove a point.

So this is the fascinating story of Jet the Labrador, who was almost put down, but fortunately, the dog whisperer came to the rescue. A happy ending to a great story!

Other Similar Articles You May Also Enjoy:

Despite being abandoned by his previous owners, Brutus transformed into an amazing dog after he was rescued

Find out why this family dog’s tail stopped working – it’s probably not the reason you think!

Laurie Anderson is a performance artist, based in New York. Find out what it was that Laurie organized for the dogs of Sydney, Australia