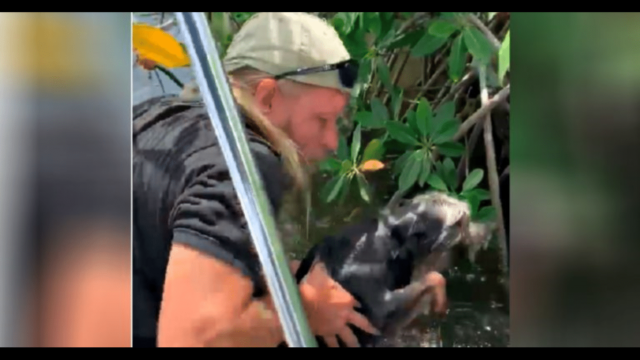 The opportunity of being heroes showed itself to Tim Weidow, along with his family, when they were chilling on their boat dock in Cape Coral, Florida. Tim saw an animal that appeared to be stuck in the mangrove lining of the canal.

They thought that the animal was only an otter, but when they went closer, they saw that it wasn’t just any wild animal. 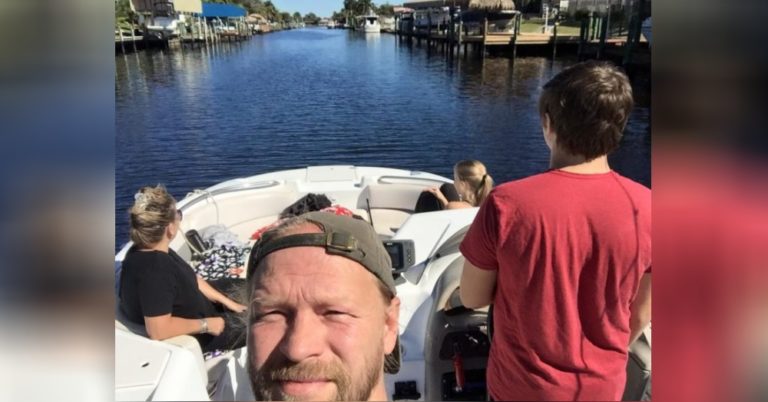 They instead saw Bella, a little dog who had strolled away from her home a mere 15 hours before Tim’s discovery. Mangroves grow out of water in numerous tangles of roots.

Bella somehow got herself stuck in those roots and could barely keep her head out of the water. 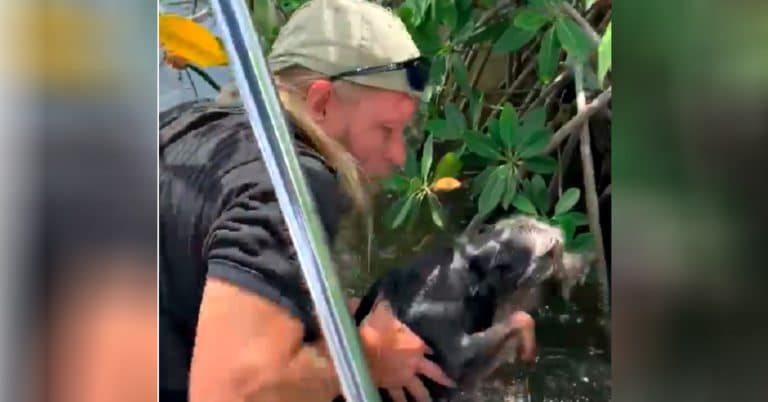 Nobody knew just how long Bella had been there, fighting to survive. Bella’s family left her with a pet sitter the night before, going off to spend a weekend in Orlando at Florida’s Disney World.

Michelle Van Der Heyde and her family received instead a call that every pet owner dreads – a call that said that Bella had escaped and was missing.

Michelle and her family dropped everything and immediately rushed home to begin searching everywhere for her. They called every shelter in their area, hoping that somebody had brought her to the authorities.

But as time continued drawing on, they started losing hope of ever finding her again.

Luckily, Tim was attentive that day. Nearing the dog stuck in the water, Tim could barely see Bellas’s face that was peeking out from the roots. 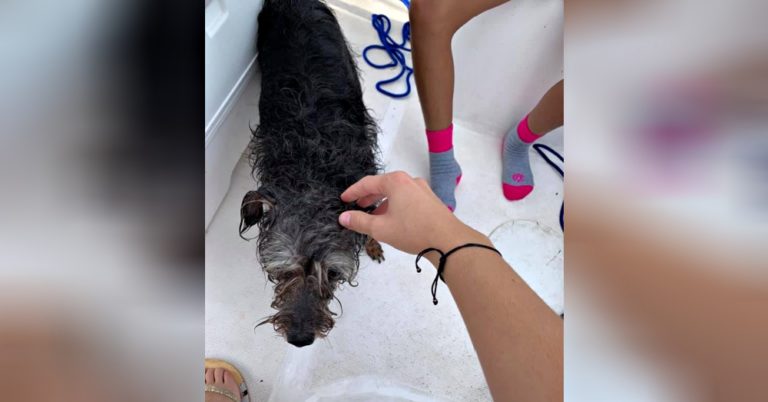 Tim’s son started recording him as he carefully went towards her and helped her get free from the underbrush. The moment that Bella was able, she started swimming to the boat and Tim lifted her up to the boat.

The family then turned towards the internet to share a photo of Bella. Thanks to social media, Bella’s owners were able to see the photo and collect her in an hour.

Her owners were very grateful to Tim and his family for saving Bella on that day. They weren’t even a bit upset that they couldn’t get to enjoy Disney World.

Watch Tim’s rescue in the video below.

A dog is cruelly abandoned on a beach, but luckily finds a new family