Baja, a Chihuahua mix, is certainly not a trusted fortune teller. But he sure acts like one.

From the very first day his mom, SmallRubyTouringHat on Reddit, brought home and displayed a small crystal ball, Baja has been absolutely mesmerized. He’s been observed staring at it very seriously.

Baja’s family had no clue what it was in the glass orb that seemed to hypnotize the tiny Chihuahua. Was he actually trying to see the future? Absolutely not, they all thought. But well, kind of.

“I got the crystal ball last week for decoration,” said SmallRubyTouringHat. “I placed it on top of my ‘A Thousand and One Nights’ copy by the window. That evening, I noticed Baja just kept getting into the chair to look at it.” 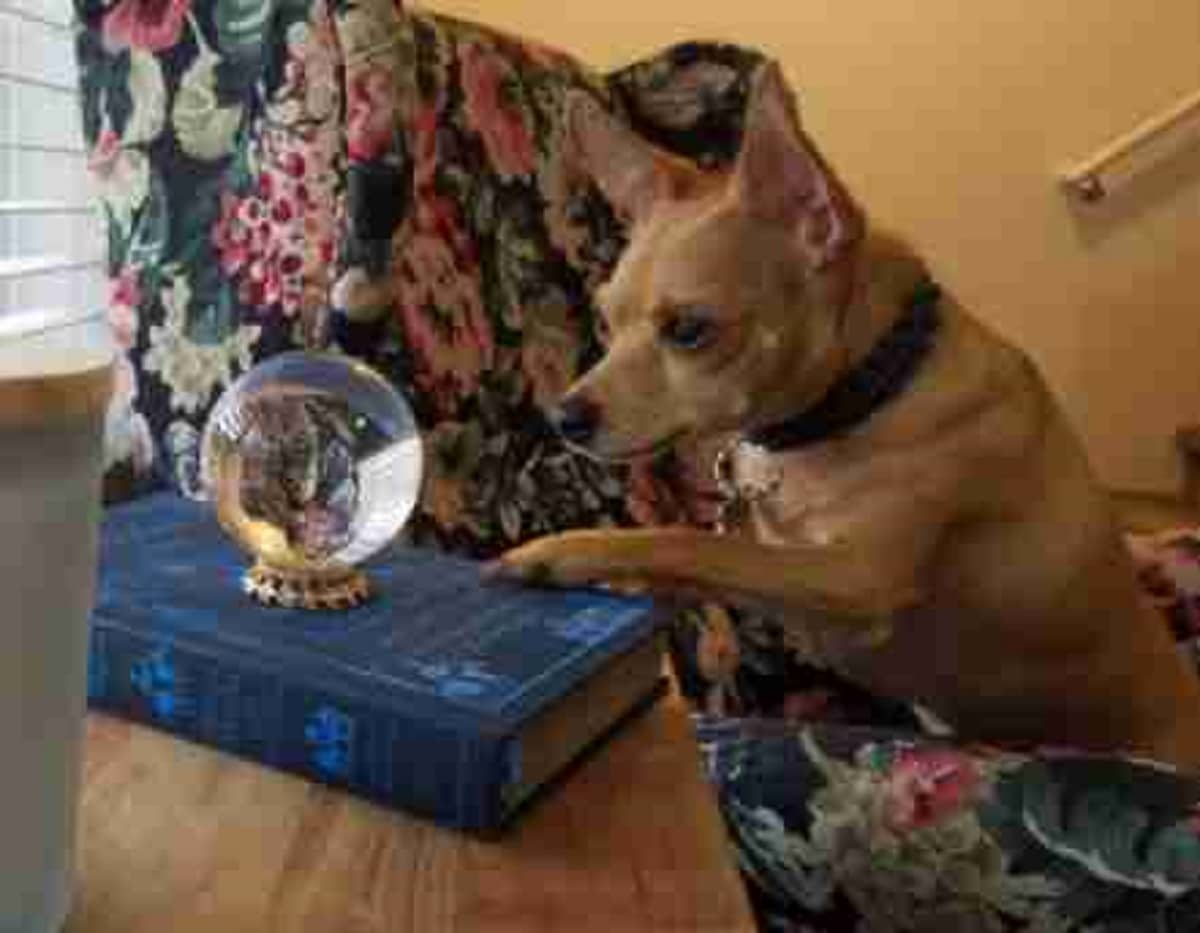 “He seemed so fascinated,” she added. “And I thought, how odd it is for him to care about a small decoration. But the way he gazed into it, it was very funny.”

Obviously, Baja is small. But he makes a great watchdog. Any time a stranger comes close to their house, he sounds the alarm. However, he can’t always tell if someone’s approaching because the family room is a few meters below the street level.

“We normally would just open the lower half of the blinds so people from outside can’t peek on us”, explained SmallRubyTouringHat. “Even if Baja tries hard, he can’t see what’s on the streets.” 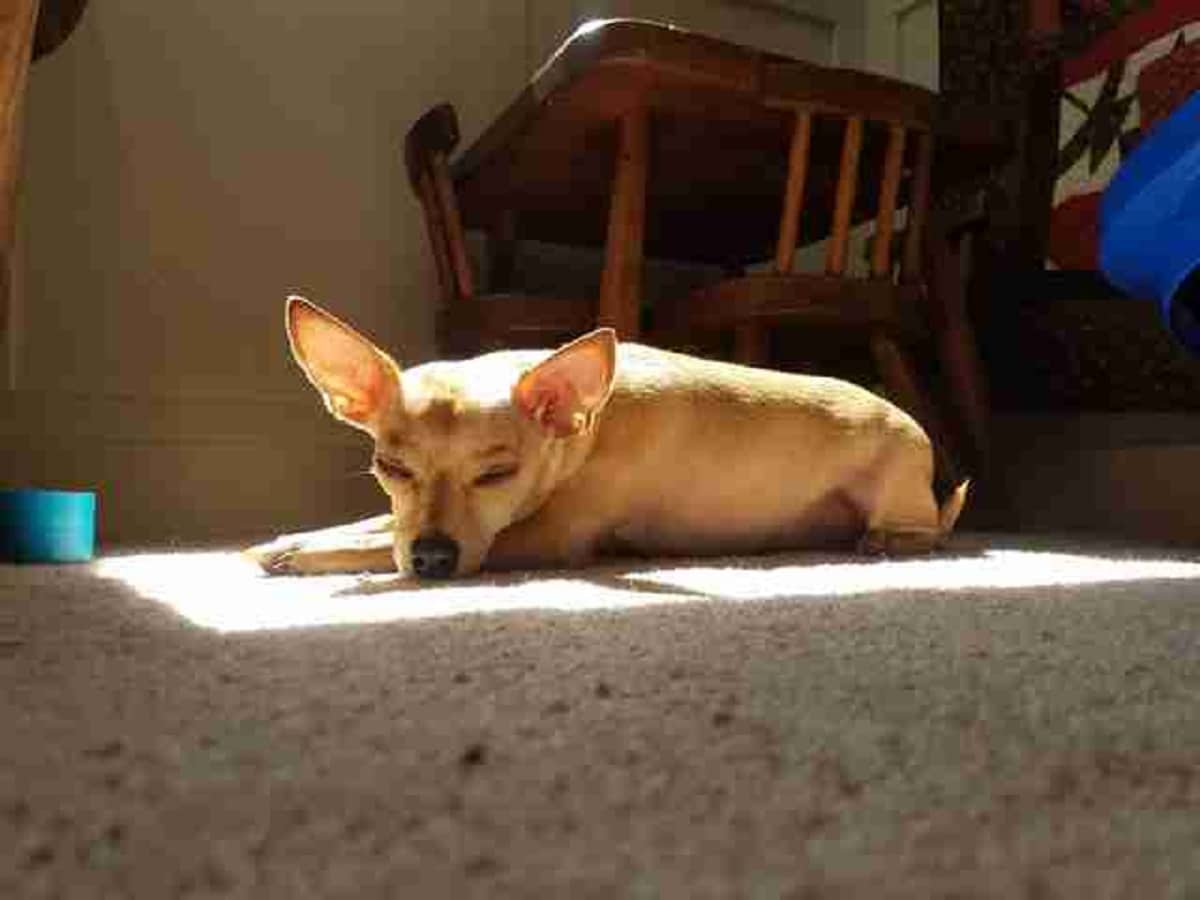 What Was Baja Actually Seeing?

Because Baja just won’t give up his newfound favorite post, SmallRubyTouringHat decided it’s time to investigate and see what Baja was seeing.

As she came closer to where the crystal ball was, she learned that Baja was actually seeing something.

But it wasn’t the future.

“I realized that the crystal ball’s refraction made him see what’s on the sidewalk,” said SmallRubyTouringHat. “I went and looked at it from Baja’s perspective, and true enough, I saw people walking one after the other.” 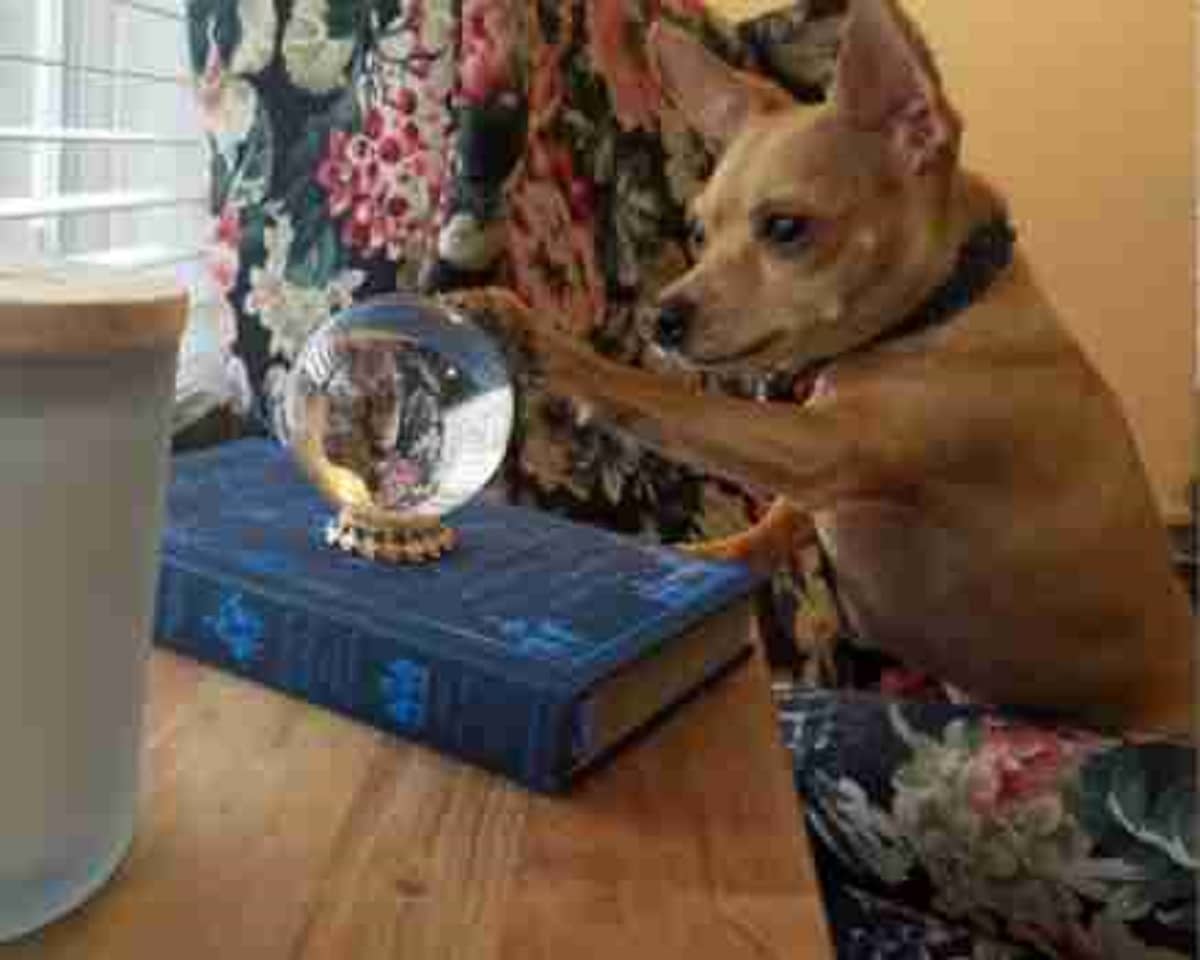 Evidently, the little ornament served two purposes: One, it added flair into the den, and two, it made the tiny pup happy because his newly discovered power made him see what’s coming.

This way he could protect his family. The orb gave Baja a sense of relief and reassurance.

We know that dogs communicate, but how exactly do they do it? Find out here

This pooch steals a soccer ball and showcases his skills – he even scores a goal!

This dog went crazy when she received a box of tennis balls!

This is quite possibly the sweetest video you’ll ever see