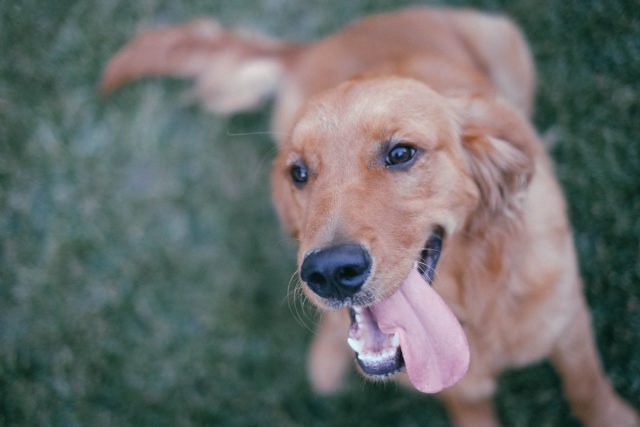 Can Of Beer Reunites Iowa Lady With Her Long Lost Dog

A missing dog has been found on a beer can – proof that truth is indeed stranger than fiction!

Iowa resident Monica Mathis lost her pooch, Hazel, when her pride and joy vanished from her yard back in May 2017. Hazel disappeared without trace.

At the time, Monica Mathis searched high and low for her beloved golden-terrier mix. But unfortunately to no avail.

Soon after Hazel disappeared, Monica moved to the city of St. Paul in Minnesota. By this time, the distraught Monica had given up all hope of ever finding her furry friend.

But unbeknown to Monica, Hazel had somehow found her way to the small city of Bradenton, Manatee County, Florida. A huge distance of over 1,300 miles! How Hazel got there, nobody knows!

Initially, Hazel was brought to the county animal shelter, where they renamed her Day Day. Staff at the shelter tried to use Hazel’s microchip to find her owner. However, it is understood that the contact information was out of date.

So, regrettably, the county animal shelter was unable to match the dog with her owner.

Missing Dog Found On A Beer Can!

Motorworks Brewing is a local microbrewery based in Bradenton. Back in May 2017, the brewery had a partnership with the Manatee County Animal Shelter. The brewery would put the faces of lost dogs onto their four-packs of cold beer! An ingenious idea!

As you can imagine, such a fantastic and novel idea was soon picked up by local media channels. And soon made it to the national media.

Motorworks Brewing and their dog-faced beer cans even made it on to the immensely popular Ellen DeGeneres Show!

Before long, Monica, an avid social media user, was seeing stories about these “beer dogs” popping up in her Facebook feed. And on January 24, Monica suddenly spotted her lost pet, Hazel, in one of the photos. She could hardly believe her eyes!

So Monica put a post up on the brewery’s Facebook page, simply saying “This is my dog!”

Monica And Hazel Are Reunited!

When Monica Mathis was put in touch with the animal shelter, they asked to see proof that Hazel was hers. So Monica showed them lots of photos of Hazel. She also showed them her doggy documents, including veterinary records.

After a tense few days of waiting for confirmation, the shelter informed Monica that they were confident that Day Day was indeed her long lost dog, Hazel!

Monica couldn’t contain her elation. She was absolutely overjoyed that she and Hazel would soon be reunited!

So a missing dog was found on a beer can!

And you’ll be pleased to know that Hazel has now been very happily reunited with Monica and her children!

Take a peek here for another fantastic story of dogs being reunited with their owner.

For a heart-warming story of achievement, read all about Naomi and her dog Bruiser:  A Girl’s Wish Comes True

A Great Dane thought to be lost followed his owner. But to where?

Marmaduke got reunited with his owner after hurricane disaster