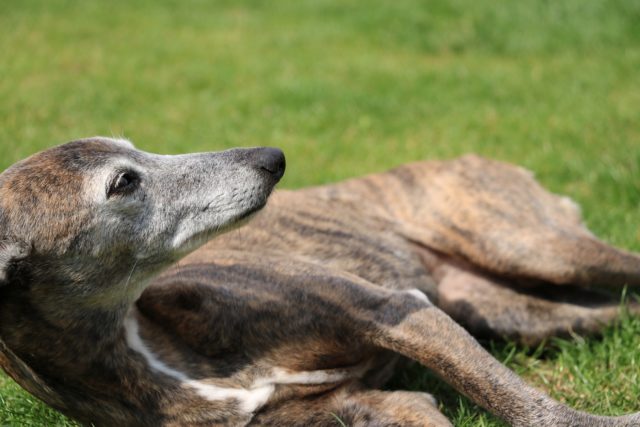 This is the fantastic and heart-warming story of how Marmaduke, a rescue dog, got reunited with his owner after a hurricane disaster.

One of the harrowing things that can happen during a hurricane is that your beloved pet needs to be left behind, or worse, gets lost during the evacuation.

Hurricane Harvey destroyed a lot of properties and separated a lot of pets from their owners. It was one natural disaster that people in Houston cannot forget.

Marmaduke, a hound mix, didn’t go back inside the house when the family let him out for his usual potty break.

Marmaduke’s owner let him out of the house to go on a potty break despite adverse weather conditions. When he was called to get back in the house, he didn’t show up. He might get over the fence before the floodwaters reach the neighborhood.

Marmaduke Is Found And Brought To Safety

Marmaduke is a rescue dog. He immediately won the hearts of Diana Brown’s family because of his goofiness and playfulness.

The floodwaters started to rise, but it didn’t stop the Browns from looking for him. They looked for him for hours, on foot and by car. When the family needed to evacuate, they left the house without Marmaduke.

Someone found Marmaduke and brought him to safety.

As soon as the floodwaters subsided and the evacuees were able to go back to their homes, Diana’s family went around the neighborhood, posting a “Lost Dog” poster.

It didn’t take that long for Diana to receive a call to tell her that Marmaduke was found safe at Montgomery County Animal Shelter. She immediately went to the shelter to look for Marmaduke.

As soon as Diana recognized Marmaduke, she couldn’t help but hug him.

She brought Marmaduke home, together with the donated dog food, as his food supply was destroyed in the flood. She also received a voucher for Marmaduke’s castration.

Diana’s family may have lost a lot after Hurricane Harvey, but finding Marmaduke after the tragedy was a genuine treasure.

So this is the story of how Marmaduke, a rescue dog, got reunited with his owner after a hurricane disaster. A wonderful happy ending for both Marmaduke and Diana!

Thanks to Molly Wald via bestfriends.org for these photos!

An Ohio woman abandons her dog in a Walmart parking lot. Find out here what happens to her

A missing dog is found on a beer can!

A rescued squirrel is loved by his dog siblings!

Meghan Markle gets involved in a Death Row rescue. Find out what she does here

Mosley is a shelter dog in Georgia. Find out here what happens to him

Read about the life and times of Chase, dubbed “Britain’s ugliest dog”

Find out what Disney’s film, The Lion King, has to do with this empathetic pup