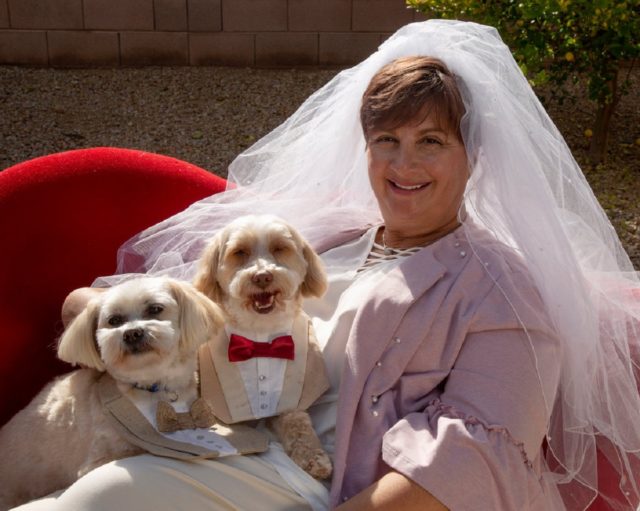 This is the fabulous story of the travel nurse who is marrying her dog on Valentine’s Day!

Lily Sells Her Boat And Moves To Phoenix

Lily Smartelli had always been happy living her life with her two dogs, Bernie and Spinner. She first adopted the cocker spaniel poodle and Maltese-Shitzu mix from an adoption fair in Palm Springs, California back in 2011.

Ever since then, she has always treated both of them as her family.

Lily was living with her two pets on a San Diego boat two years ago. Regrettably, she had to sell the boat and move to Phoenix for an event that would change both her and her dogs’ lives.

Lily Is Given A Life-Changing Diagnosis

The 55-year-old travel nurse was diagnosed recently with pulmonary diffusion defect. This is a type of pulmonary fibrosis where her lungs develop scars that cause her some difficulties in breathing.

Doctors said she might not live for longer than two years.

Now that she has not much time in the world, she wants to fulfill her ultimate dream in life – to experience an Italian wedding. Who is she marrying then? It’s her best friend and longtime partner, Bernie. 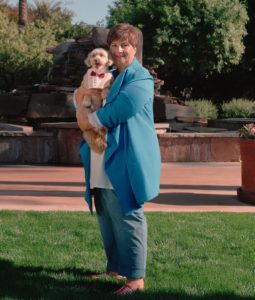 Photo taken from The NY Times

In her book entitled “The $5 Dog Wedding”, she stated the reasons why she would want to marry her dog Bernie. Ten-year-old Spinner will be Bernie’s best man for the wedding.

Smartelli had two unsuccessful relationships in the past. For now, she can’t think of anyone else who could turn her dream into reality than Bernie.

The wedding, although a fake one, would take place on February 14. It would also serve as a fundraising awareness for organ-donor groups and animal welfare shelters, says Smartelli.

The idea of marrying Bernie came up when she brought Bernie to his groomer one time. When she returned to pick her dog up, Bernie was already wearing a blue bow tie. He had with him a plastic ring and a note that said ,”Marry Me.” 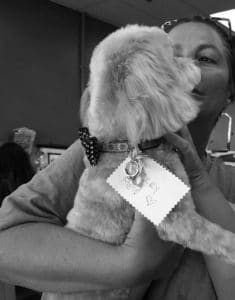 Photo taken from The 5$ Dog Wedding

Smartelli’s illness is incurable, and so she hopes she could bring a change to others’ lives by helping an organ-donor group from the proceeds of her book and also raising funds for animal shelters.

So that’s the incredible but true story of Lily Smartelli, the travel nurse who is marrying her dog, Bernie, on Valentine’s Day!

Read all about Daisy, the incredibly loyal dog, who stayed with her dead owner until help arrived

Tennyson is a big German Shepherd. Find out here what animal he helps – it’s adorable!

This photo went viral. See if YOU can spot the lovely German Shepherd – it’s harder than it sounds!

Would you like to make your dog just that little bit happier? Read our in-depth article here – it’s bursting with great ideas!