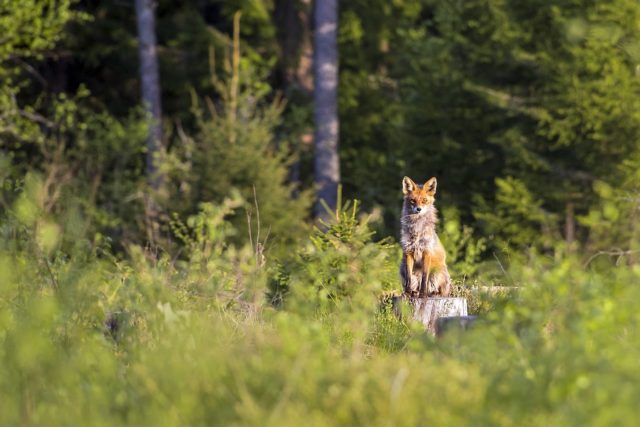 This story is all about how a woman unknowingly raised a fox as a dog. Read on to find out more…..

His Fur Grew Much Thicker Than Normal

A young fox can also be called a pup, but he definitely won’t grow into a dog. A woman was shocked when she later learned that her beloved puppy was not a dog but was, in fact, a fox.

The mistake was quite unnoticeable for the first few months, but as the puppy grew, things began to look odd.

Ms. Wang brought home an adorable, tiny, and fluffy puppy. She had been looking for an ideal companion, and the sweet, white pooch perfectly fitted the bill. Ms. Wang could not be any happier for having the little dog as her new best friend.

However, Ms. Wang started to notice some strange things about her dog after three months. The pooch was naturally fluffy, but his fur grew much thicker than she thought was normal.

Also, the puppy’s tail seemed longer, and his nose was a bit pointier than usual.

Other Dogs Were Scared Of The “Cute Pooch”

What really worried Ms. Wang was when other dogs started to get scared of her cute pooch. She had to put the puppy on a leash during their walks. It also became a concern when her pet refused to eat dog food.

Ms. Wang brought her dog to a nearby zoo to ask for advice. She was totally shocked when they informed her that she was actually raising a wild fox and not what she initially thought as an adorable dog.

That explains all the bizarre things she was starting to notice about her pet.

Her predicament is actually not a rare occurrence, especially in Asia. Some swindlers sell baby foxes instead of Japanese Spitz. Innocent buyers could not readily determine the difference since they are both small, energetic, and fearless pups.

We can only imagine the heartbreak Ms. Wang felt when she finally decided to leave her pet in the zoo. We can all sympathize, but we salute her for considering the animal’s best interests.

Hopefully, she can find a new furry best friend really soon, this time with a real dog!

So….that was the story of how a woman unknowingly raised a fox as a dog. Hope you enjoyed it!

This lady in Turkey puts a stray dog’s comfort above her own. Click here to see what she does

A man falls in the woods and his dog, Daisy, stays with him until help arrives

Paula Godwin’s life is saved by her hero dog, Todd. Find out here what Todd did

Find out the perfect job for this kind German Shepherd